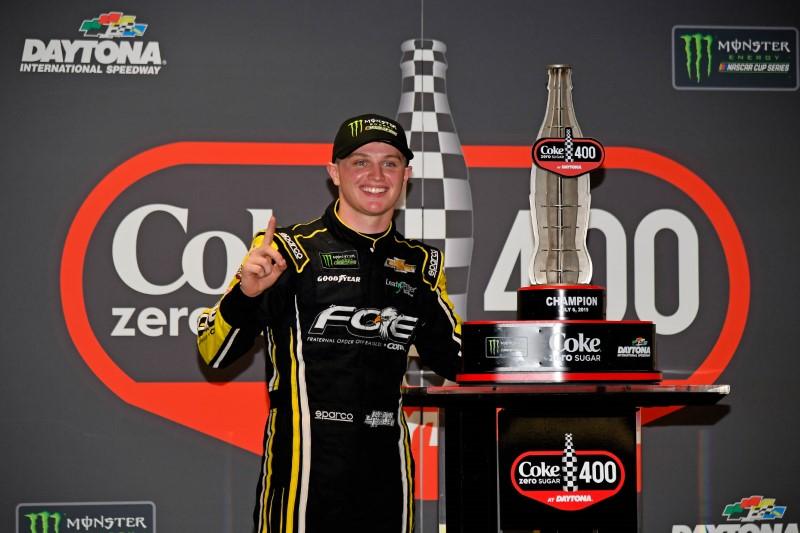 Haley, driving for tiny Spire Motorsports, earned his first victory after the race was red flagged due to lightning in the area with 127 of the scheduled 160 laps completed.

“Pretty incredible,” he said after his win was made official. “I never even saw myself running a Cup race until I got a call a few months ago to do Talladega. It’s just unreal.”

The 20-year-old native of Winamac, Ind, who is vying for rookie of the year honors in the NASCAR Xfinity Series, grabbed the lead when he opted not to pit after a big wreck on Lap 119 took out many of the sport’s biggest hitters. Shortly thereafter, the red flag waved.

“We were praying for rain,” Haley said when asked what he was thinking after getting to the front.

What he got was a series of…