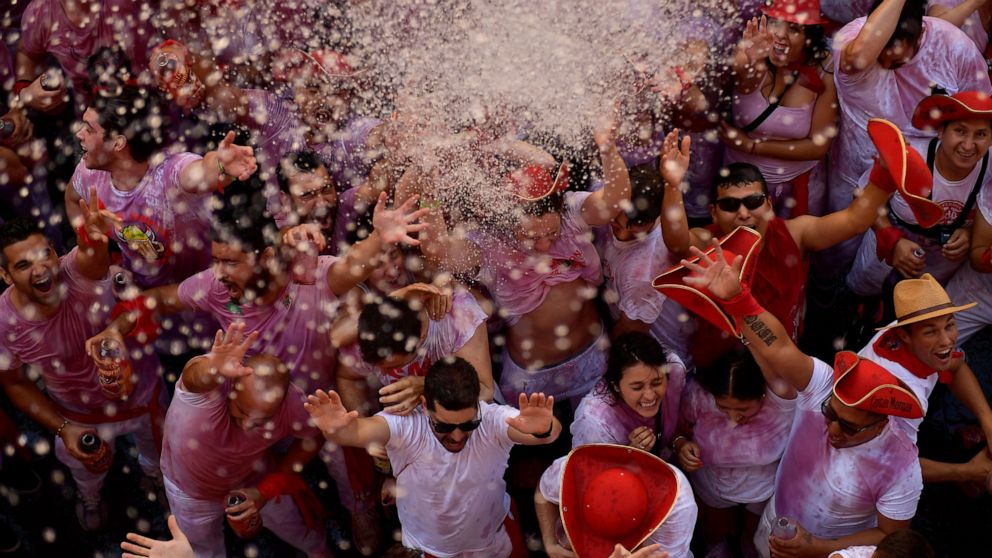 The blast of a traditional firework on Saturday opened nine days of uninterrupted partying in Pamplona’s famed running of the bulls festival.

A member of the northern city’s official brass band was chosen for this year’s launch of the rocket, known as the “Chupinazo,” to mark 100 years since the local ensemble’s foundation.

Jesús Garísoain addressed an ecstatic crowd from the city hall’s balcony, declaring “Long live San Fermin,” the saint honored by the festival. The blast was met by an eruption of joy from revelers, who sprayed each other with wine, staining in pink the traditional attire of white clothes and a red scarf.

During the festival, Pamplona’s population swells from nearly 200,000 residents to around a million visitors, who are attracted by the adrenaline boost of bull runs along an 850-meter (930-yard) street course to the city’s bullring and seamless…