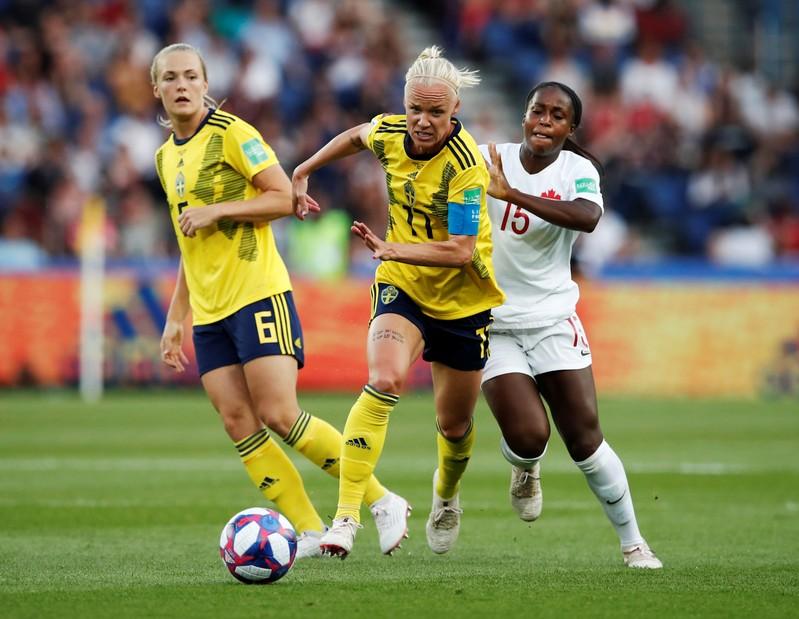 PARIS (Reuters) – Sweden’s Stina Blackstenius struck in the second half as they won 1-0 against Canada, who missed a late penalty, at the women’s World Cup to set up a quarter-final against Germany.

In sweltering conditions at the Parc des Princes, the two teams struggled to register any shots on target in a first half.

That all changed after the break when the Swedes stepped up a level and they were finally rewarded in the 55th minute when the Canadians lost possession of the ball in midfield.

It was her first goal of the tournament and it freed the Swedish team, who almost added a second with a thunderous drive from Fridolina Rolfo in the 61st minute.

Canada had a chance to get back into the game after 68 minutes when they were awarded a penalty after a lengthy VAR review ruled that Asllani had handled the ball.