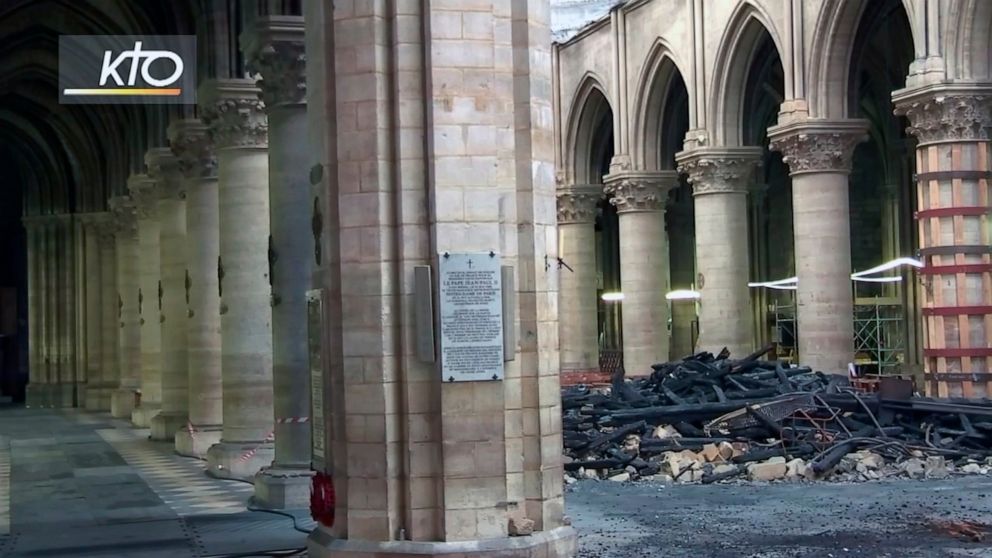 The billionaire French donors who promised flashy donations to rebuild Notre Dame after a devastating fire haven’t paid a penny yet toward the restoration of the French national monument.

Instead, it’s been mainly American and French individuals, via charitable foundations at Notre Dame, who have made the first donations, paying the bills and salaries for the up to 150 workers employed by the cathedral since the April 15 fire. This month, the foundations are handing over the first private reconstruction payment of $4 million.

Almost $1 billion was promised by France’s richest families and companies, but officials say those donors are holding back, waiting for plans to become more concrete so they can choose where their money is spent.

Meanwhile, rebuilding has been continuing around the clock for weeks. Workers are creating a wooden walkway to gain access to the 250 tons of burnt-out scaffolding that had been installed for the ill-fated restoration of the spire. They will…