Captain of cruise ship in Hungary crash released on bail 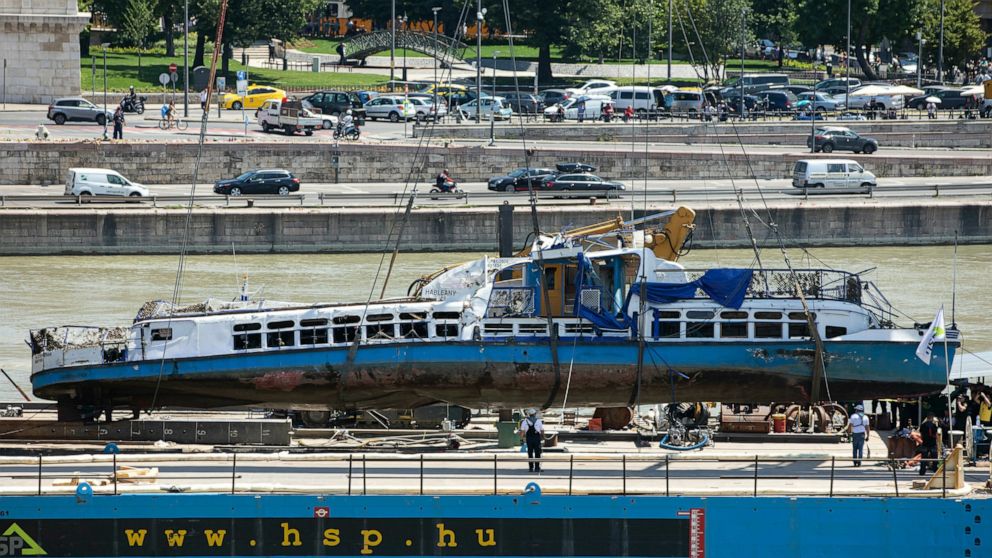 The Ukrainian cruise ship captain suspected of responsibility in a deadly collision with a sightseeing boat on the Danube River has been released on bail, a Budapest court said Thursday.

The Capital City Court said that the captain, identified earlier only as Yuriy C., isn’t allowed to leave Budapest, must wear an electronic tracking device and meet twice a week with investigators.

The captain’s Viking Sigyn cruise ship collided with the Hableany (Mermaid) during a rainstorm on the night of May 29 at Margit Bridge, near the Hungarian Parliament building. The Hableany was raised out of the Danube on Tuesday and later inspected by police.

The Viking Sigyn’s captain was arrested for 30 days on June 1, with bail set at 15 million forints ($52,600), but remained in custody while an appeals court decided on a motion by prosecutors objecting to his release. The appeals court rejected the prosecution’s request on Tuesday.

Despite his release, the captain will be under police…