Mother and daughter graduate from US university on same day 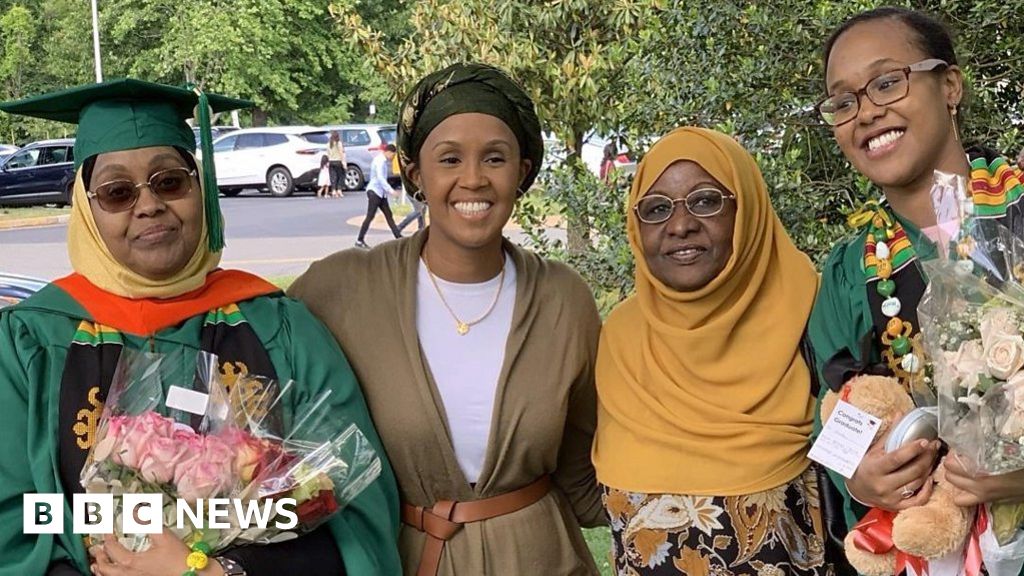 Not many people get to study in the same class as their parents, but a Somali mother and her youngest daughter did just that. Mother Falhad Ahmed Mohamud and her daughter Amina Mohamed recently graduated from a university in Virginia together with Masters degrees in IT.

The family came to the US as refugees in 1980, but her husband returned to Somalia and was killed in fighting. Falhad raised their two daughters Amina and Sofia on her own, working to ensure their education.

She and Amina told the BBC’s Newsday programme about returning to the classroom in her 50s, and how she fulfilled a promise she had made decades before.