The Latest: Cruise ship in fatal crash returning to Budapest 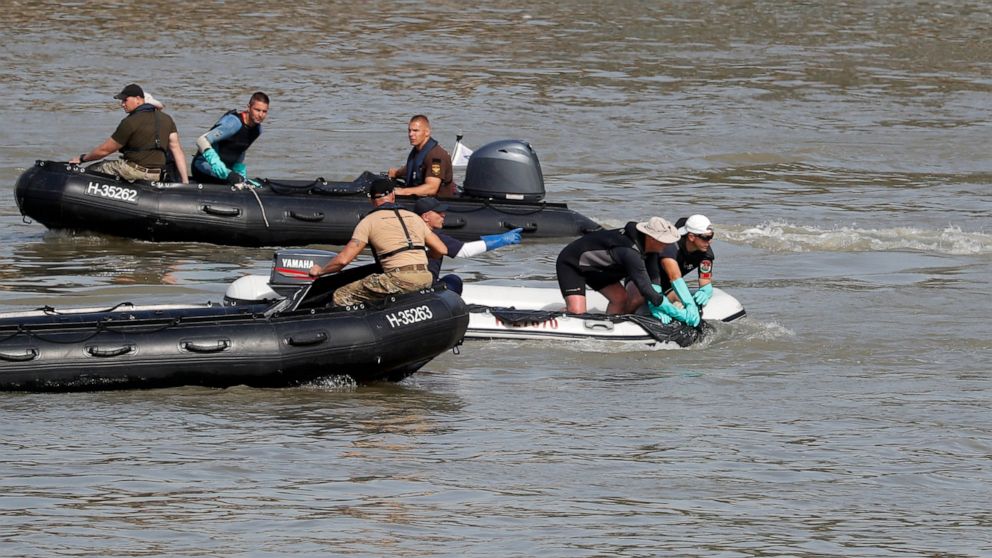 A ship tracking service shows the cruise ship that collided on the Danube River with a sightseeing boat that capsized and sank is headed back to the Hungarian capital, where the accident that killed at least 13 people happened.

According to vesselfinder.com, the Viking Sigyn is expected to arrive in Budapest late Thursday night.

The ship’s owners did not immediately reply to questions about the purpose of the Viking Sigyn’s voyage.

Only seven of the 33 South Korean tourists aboard the sightseeing boatwere rescued after the , the Hableany (Mermaid) capsized and sank in seven seconds; 13 are confirmed dead.

Fifteen people who were on the boat are still missing, including the two Hungarian crew members.

A floating crane arrived Wednesday in Budapest to attempt to lift the Hableany off the river floor, but the Danube’s high springtime water levels and its fast flow are…