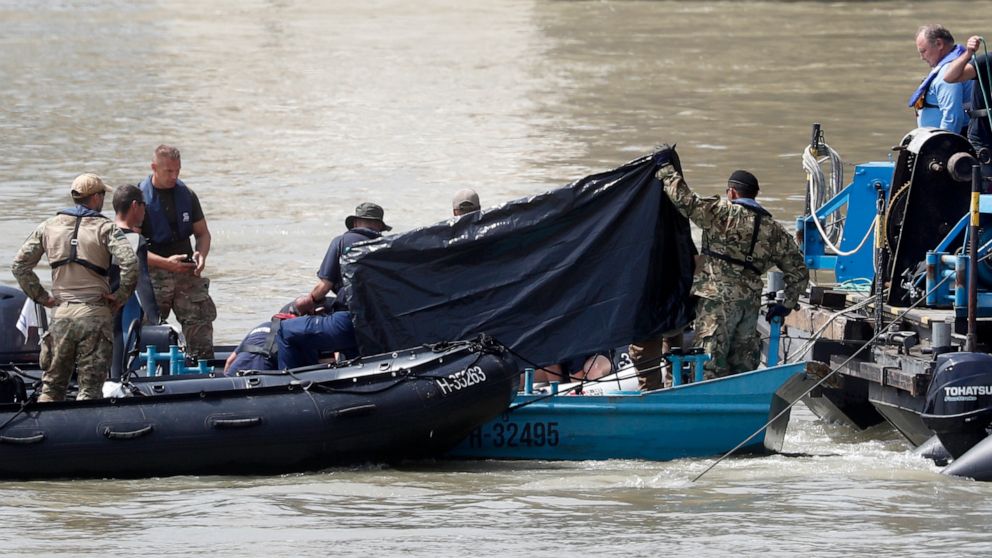 The Latest on the sunken tour boat in Hungary’s capital (all times local):

Hungarian rescuers say the death toll from the Danube River tour boat that collided with a large cruise ship grew to 10 after they recovered another body.

Divers discovered the body brought to the surface Tuesday in the sunken boat, which was carrying South Korean tourists when the accident happened in Budapest.

Eighteen of the 35 people who were on the Hableany (Mermaid) remain missing. Seven were rescued.

Authorities say the principal goal of ongoing recovery work is salvaging the Hableany from the river bottom. Fast moving water in the Danube, typically high springtime water levels and near zero visibility under water has hindered the task along with search and rescue efforts.

Hungarian and South Korean divers are working together to locate victims.