In Jerusalem, thousands pray at Al-Aqsa on last Friday of Ramadan 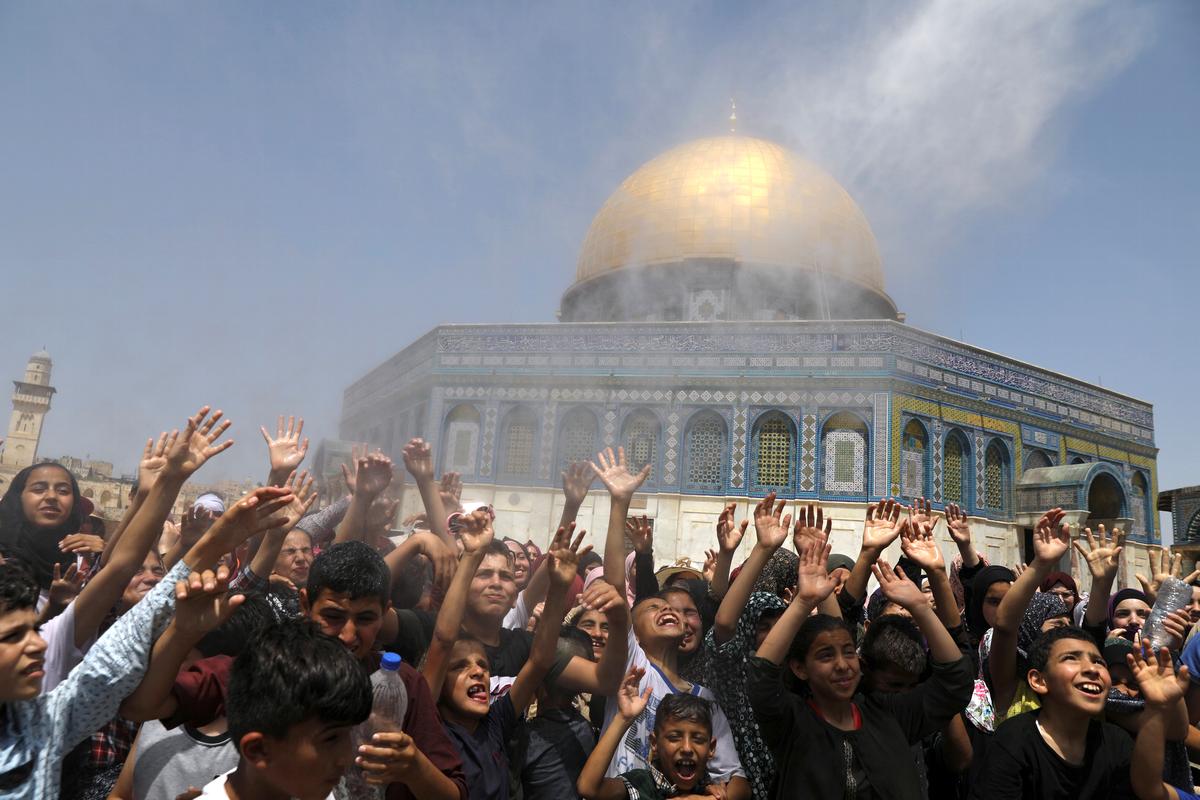 JERUSALEM (Reuters) – Tens of thousands of Muslims attended prayers at al-Aqsa mosque in Jerusalem amid tight security on the last Friday of Ramadan, hearing a message of defiance against Israeli control of one of the most sensitive venues in the Israeli-Palestinian conflict.

Worshippers, including Palestinians and pilgrims from around the world, sheltered under umbrellas as volunteers sprayed them with water around Al-Aqsa mosque in the Old City compound known to Muslims as al-Haram al-Sharif (Noble Sanctuary) and to Jews as Temple Mount.

Security at the site was heavy after an earlier stabbing attack in the city, in which two Israelis were injured and a Palestinian teenager suspected of carrying out the attack was killed by Israeli security forces.

Later on Friday Muslims celebrate Laylat al-Qadr, or Night of Power, on which they believe that the sacred text of the Koran was revealed to the Prophet Mohammad by Allah.

Israel captured the Old City and the rest of East Jerusalem…