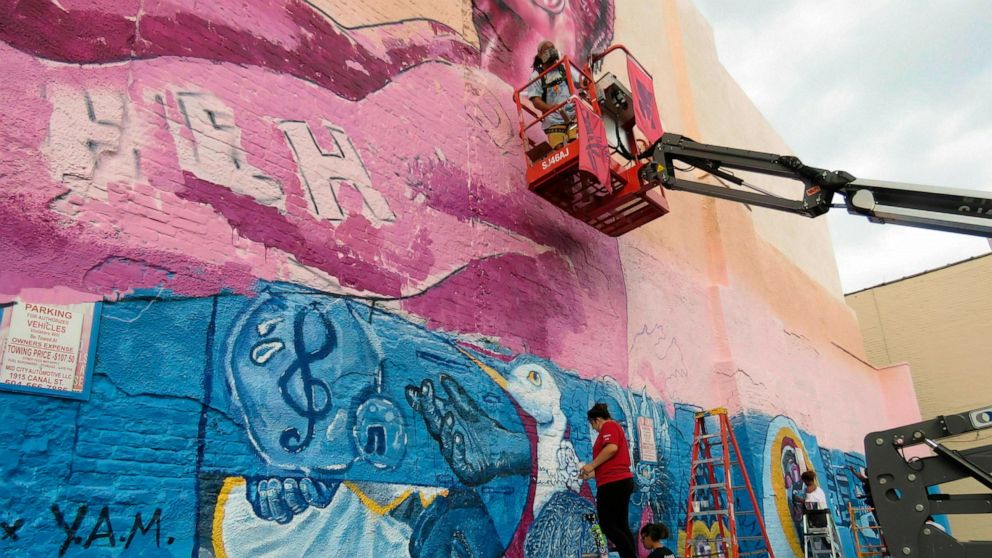 Five new murals are up or going up in New Orleans, within walking distance of each other. Organizers say it’s the first phase of a project to bring the vibrancy of the city’s art scene outside gallery walls.

The murals include a huge painting of an African American man holding up a child above the stylized word “SURVIVE.” Another is planned as a detailed, life-sized architectural drawing of a mid-19th century shotgun house. Two murals are abstract. The fifth shows a four-story-high man holding a mug that, if real, would be big enough for someone to bathe in.

The Arts Council of New Orleans got a $175,000 grant from the Helis Foundation for what executive director Heidi Schmalbach described as phase one of its Unframed project. You can’t really veil a painting several stories high over a parking lot, but the murals’ formal “unveiling” is Saturday evening, when galleries in the city’s Arts District stay open late for First Saturday Gallery Openings .

“We want to create interest…