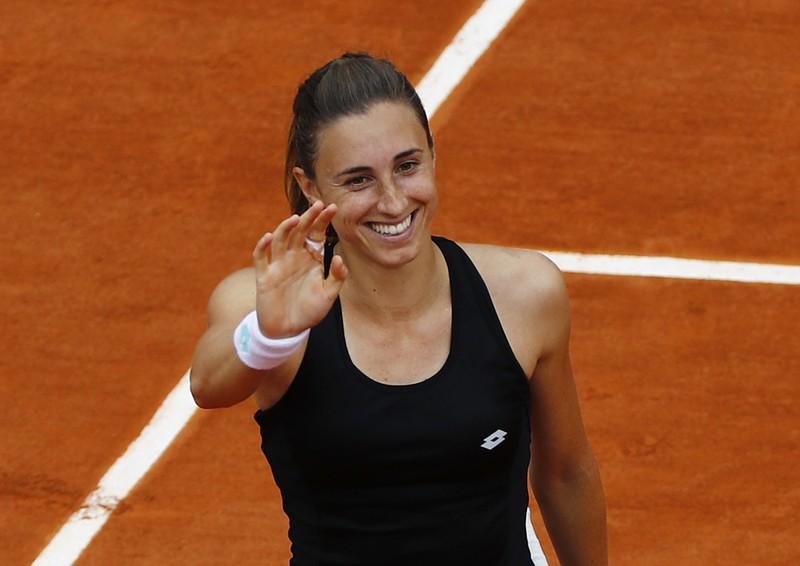 PARIS (Reuters) – Karolina Pliskova’s quest for a maiden Grand Slam title at the French Open came to an end on Friday as the second seed lost 6-3 6-3 to Croatia’s Petra Martic.

The powerful Czech struggled throughout to find the range on her feared serve and forehand as 31st seed Martic matched her best performance by reaching the last 16.

Martic broke in the seventh game and then again two games later as Pliskova hit a backhand long to drop the opener.

A lackluster Pliskova then dropped serve again at the start of the second set before hitting back with a flurry of winners to break her 28-year-old opponent twice in a row.

The fightback did not last though and Martic regained control with two more breaks before serving it out at 5-3.

“I think the score was closer than it looked in the end,” a disappointed Pliskova told reporters. “I had chances in a couple of games but it was difficult for me today.”