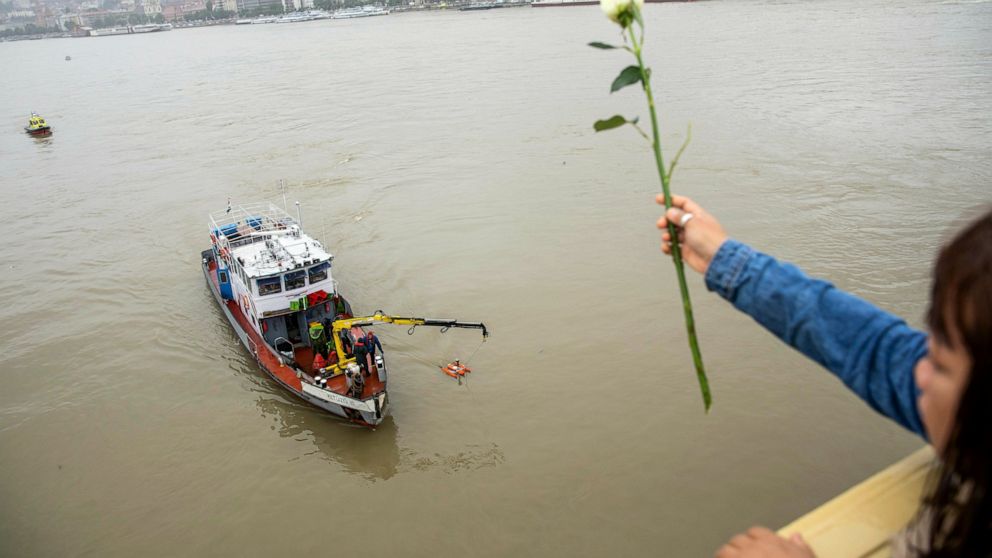 Rescue workers scoured the Danube River in downtown Budapest Thursday for 21 people missing after a sightseeing boat carrying South Korean tourists sank in a matter of seconds after colliding with a larger cruise ship during an evening downpour.

Seven people are confirmed dead and seven were rescued, all of them South Koreans, Hungarian officials said. Hungary’s Human Resources Minister Miklos Kasler said four of those rescued have been released from the hospital, while the remaining three are being treated in satisfactory condition. Police launched a criminal investigation into the incident.

The South Korea-based Very Good Tour agency, which organized the trip, said the boat — a 70-year-old vessel built in the former Soviet Union — had been on its way back after an hour-long night tour on Wednesday when the accident happened.

Nineteen South Koreans and two Hungarian crew members — the captain and his assistant — are missing. The tour party had consisted of 30…