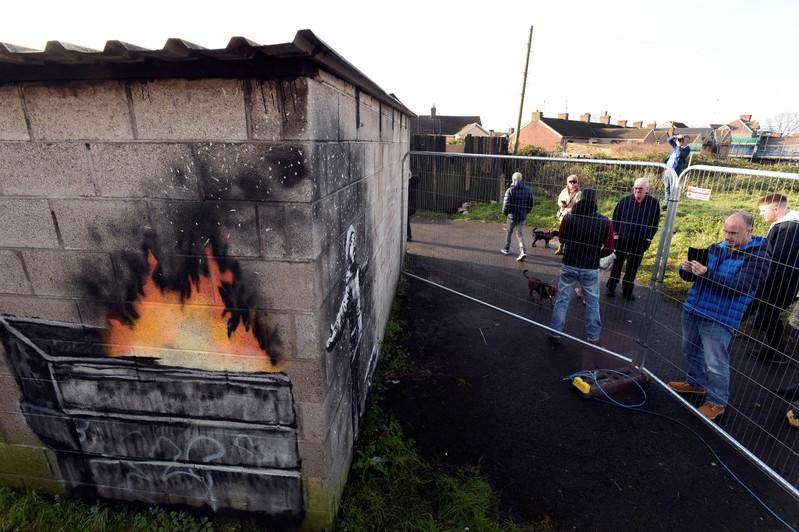 LONDON (Reuters) – A Banksy mural depicting a child enjoying what appears to be snow but is actually ash from a nearby burning bin has been moved from a garage to a planned street art museum in the Welsh town of Port Talbot.

British gallery owner John Brandler bought “Season’s Greetings” by the elusive street artist for a “six-figure sum” in January after it appeared on a concrete block garage wall in Wales before Christmas.

On one side, it shows a young boy wrapped up in winter clothes, his arms stretched out trying to catch what looks like snowflakes with his tongue. But when viewed from around the corner, the mural shows that the falling “snow” is actually ash from a fire in an industrial bin.

Television footage showed a crane lifting the wrapped-up work onto a lorry which then slowly took it to a building in Port Talbot, which has one of the world’s biggest steelworks. Brandler says he aims to turn the venue into an international museum for street art.