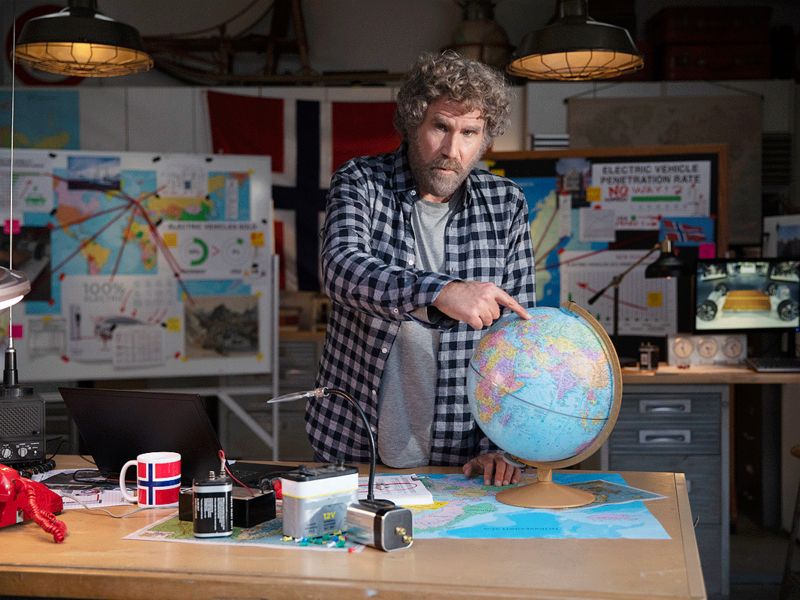 All-electric models made up 54 percent of all new cars sold in Norway in 2020, and the country plans to become the first nation to end the sale of gasoline and diesel vehicles by 2025. Some forecast that EVs could account for 65 percent of Norway’s new-vehicle market in 2021.

Armed with this knowledge, Ferrell begins his trek to Norway, saying GM is going to crush them with its Ultium batteries. Along the way, Ferrell recruits “Saturday Night Live” start Kenan Thompson and actress Awkwafina, who are supposed to meet him there.

But things don’t exactly go according to plan in the spot, which is set to air in the first quarter of the game.

The spot, “No Way, Norway,” is part of GM’s “Everybody In” campaign that highlights the automaker’s proprietary Ultium battery platform and its bet on EVs. The company gave the public a preview of the ad’s premise on Monday with three teasers.

GM released a 90-second version of the ad on Wednesday. A 60-second cut will air during the game.