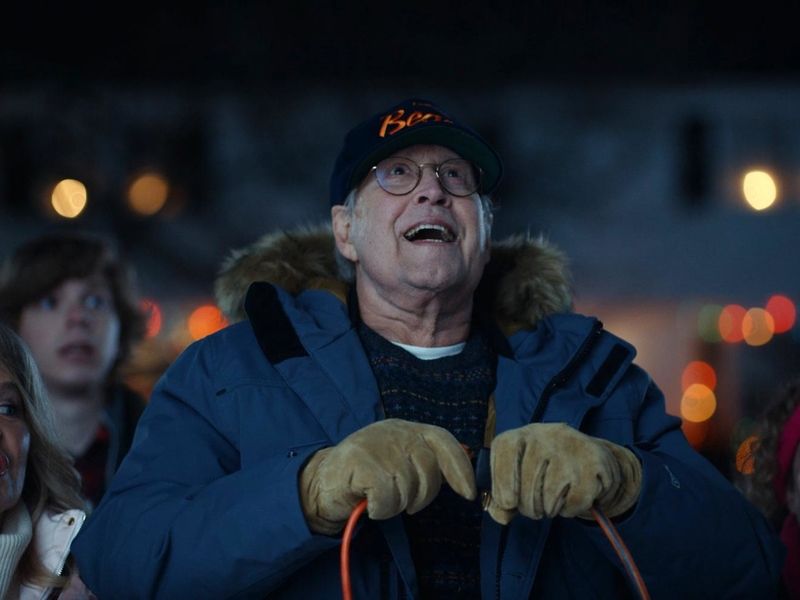 It’s been 31 years since Chevy Chase starred in “National Lampoon’s Christmas Vacation.” But Ford is banking that the slapstick holiday flick carries enough relevance today to give its new electric Mustang a jolt.

In a new ad released this weekend, Chase, now 77, reprises his role as the bumbling Clark Griswold. Along with Beverly D’Angelo, who plays Ellen Griswold, Chase re-enacts the famous scene in which he plugs in 250 strands of Christmas lights. In the movie it causes a neighborhood power outage, but in the ad, Ellen Griswold simultaneously plugs in the Mustang Mach-E, which steals the show.

The spot is part of an integration with “Saturday Night Live’s” Christmas special set to air on Dec. 22. It was created by Lorne Michaels’ studio, Broadway Video, along with WPP’s Ford agency GTB and production company O Positive.

Chase in a statement said: “It’s great to be back for another Christmas with my on-screen family and its rotating assortment of kids…