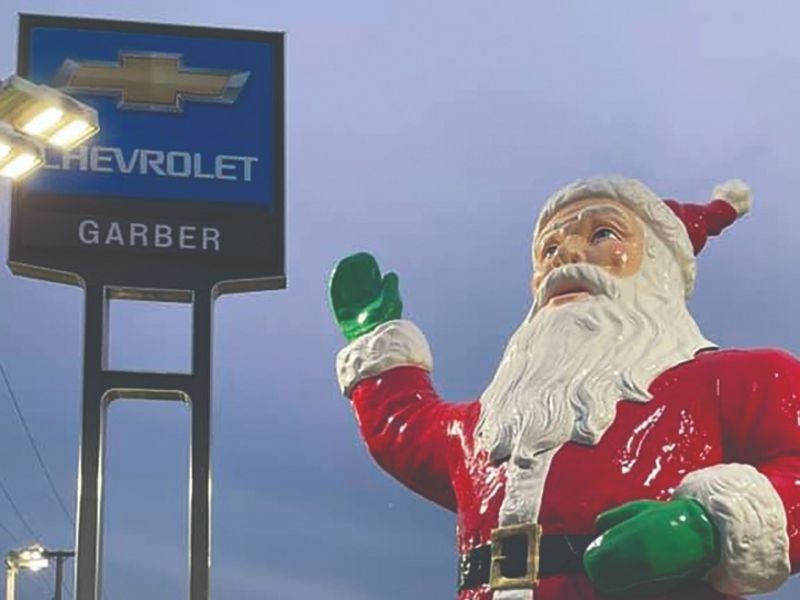 When Christenson Chevrolet went away last year, so did Santa Claus.

The dealership in Highland, Ind., near Chicago, had put up a 20-foot fiberglass Santa every year for decades. It even started bringing him out of storage for an annual “Christmas in July” sale.

But that stopped after the Christenson family sold their store to Garber Automotive Group. The new owner wanted to buy Santa, too, but the Christensons held onto it as a memento of their longtime business.

“People were interested in what happened to it and upset on Facebook,” Craig Blacklidge, general manager of the store, now called Garber Chevrolet Highland, told The Times of Northwest Indiana. “I figured it was my civic duty to get it back.”

Blacklidge discovered that the previous Santa came from Bronner’s Christmas Wonderland, which calls itself the world’s largest Christmas store, in Frankenmuth, Mich. He bought a new one that’s almost identical, except with green gloves instead of black.