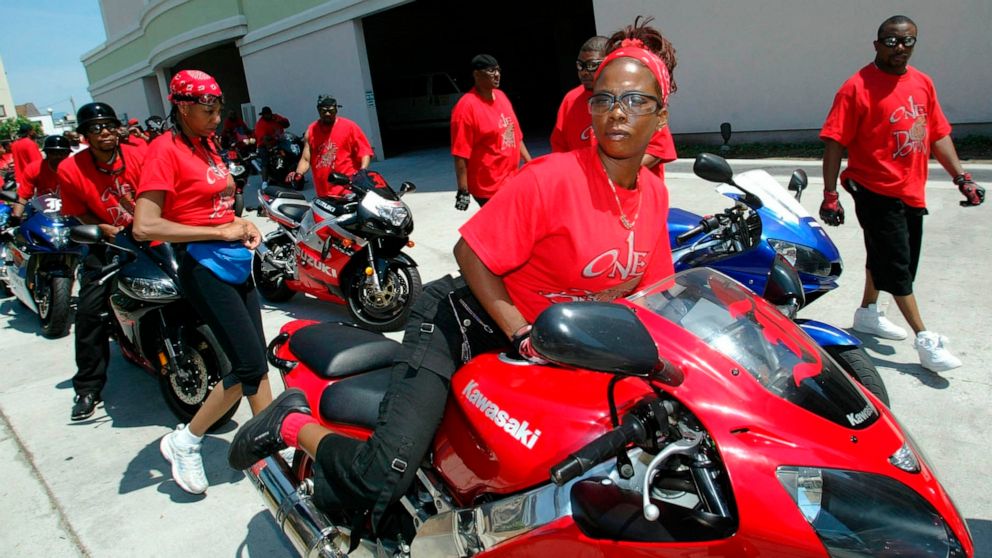 COLUMBIA, S.C. — Motorcycle clubs roar into Myrtle Beach, South Carolina, each May for separate week-long rallies, one mostly white, the other mostly Black. Each brings millions of dollars, spent by hundreds of thousands of bikers, and some inevitably let loose, with binge drinking, public nudity and noise competitions that rattle the beachfront high-rises.

At 60, Metris Batts says she parties a little more responsibly than many others, but she still rides to be seen at the Black event, cruising atop her silver-gray Honda VTX in brightly colored cowboy boots and rhinestone-studded jeans.

There’s a thrill to riding fast, Batts says, so it’s infuriating to be stuck for hours in a 23-mile (37-kilometer) one-way detour. Police put up the barricades along Ocean Boulevard during the peak nights of Black Bike Week, officially known as the Atlantic Beach Bikefest. White bikers rolling in days earlier for Harley Week each May are treated differently, Black bikers say.