AP ROAD TRIP: An immigrant’s struggles to survive in Vegas 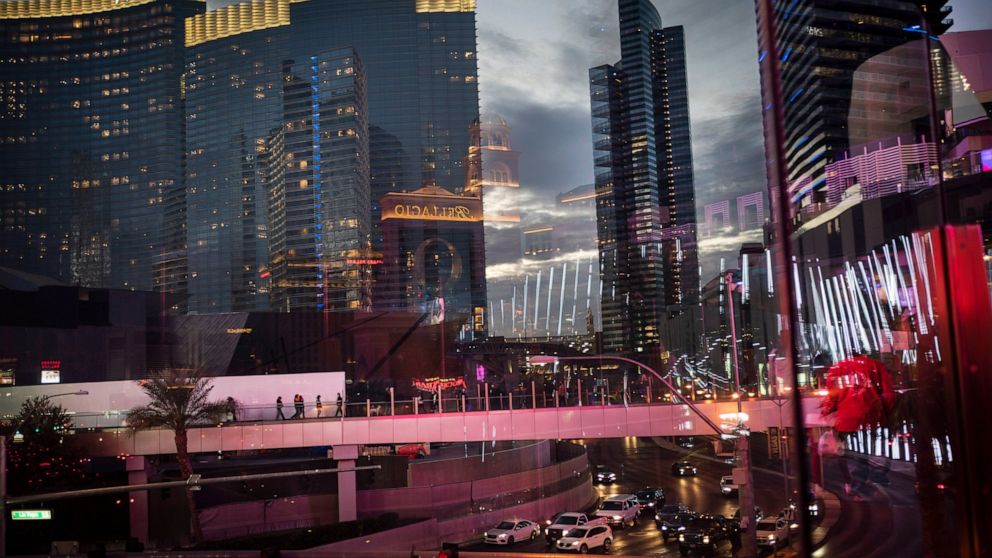 LAS VEGAS — The casino has been closed for months. The hotel rooms are empty. Out front, the three-story sign that once beckoned to gamblers with $1.99 margaritas now advertises a food bank in the parking lot every Thursday.

“8 a.m. until all food is distributed,” says the sign at the Fiesta Henderson.

It wasn’t supposed to be like this in America.

“I came here to conquer the United States, to say ‘This is the place where I want to be, where I’ll build my empire,’” says Norma Flores, a Mexican immigrant who spent two decades working as a waitress at the Fiesta before COVID-19 descended and she lost her job.

Right now, her empire is a concrete block house crowded with six grandchildren, most of them doing school online. She dreads when she overhears a teacher asking what students had for their lunches and snacks. She rarely has enough food for both.

To be an immigrant in Las Vegas is to see the coronavirus economy at its worst.

Visitors to the area plummeted by more than…