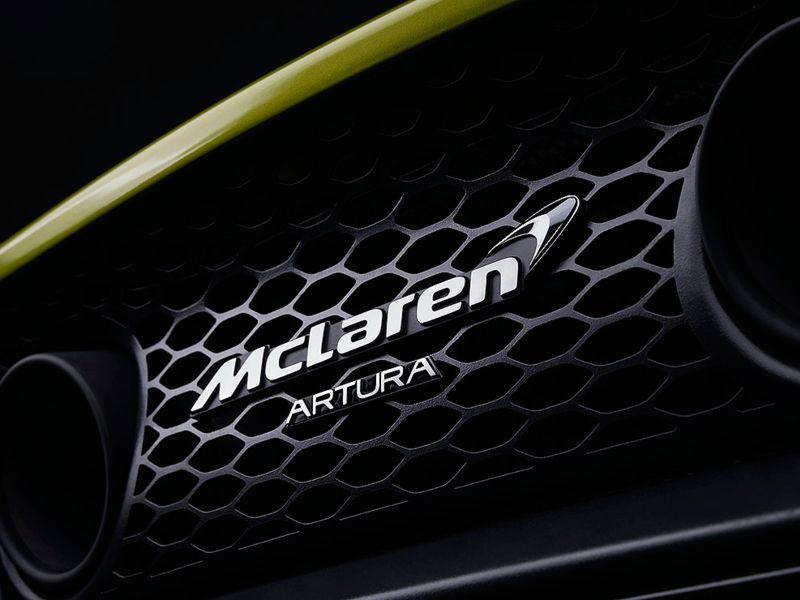 McLaren Automotive will call its upcoming plug-in hybrid the Artura, the latest detail to be revealed about the supercar.

The electrified vehicle was previously referred to as the P16, its code-name.

A McLaren spokesman said Artura is a newly created name that “represents the art of design and future technology.”

McLaren released an image of the vehicle’s name badge, which is placed between the exhaust tips.

The Artura is a pivotal vehicle as McLaren transitions to a 100 percent electrified portfolio. By 2025, McLaren’s whole lineup will be hybridized, CEO Mike Flewitt told Automotive News in August.

The Artura will be built on a new architecture, called the McLaren Carbon Lightweight Architecture, which was specifically developed to accommodate hybrid powertrains.

While McLaren hasn’t disclosed the Artura’s power output, the British automaker has said it will have a twin-turbo V-6 engine along with an electric motor. It will be the first McLaren with a V-6 engine. McLaren has relied…