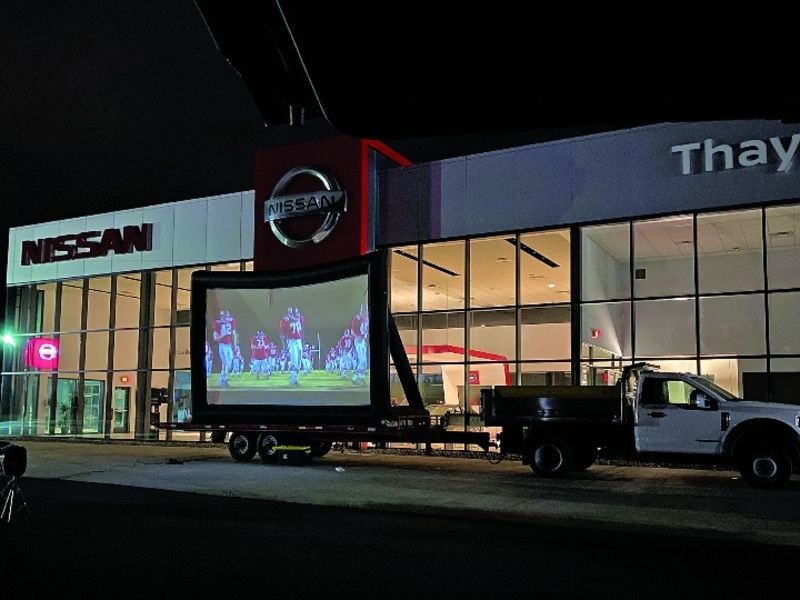 At first, the group showed kid-friendly films such as Trolls and The Sandlot but later decided on different themes to draw new audiences. The group advertised the events on Facebook, Twitter and its local business accounts.

The Disney animated movie Moana was shown in September. That evening, the group collected donations for the Wood County Humane Society. When the group showed Grease later that month, it held a small cruise-in classic car show beforehand.

The group played Remember the Titans at the start of October to go along with a fall football theme.

Ladies Night, which featured the movie Bad Moms, included a socially distanced shopping component outside with local businesses. The event attracted at least 45 cars and generated donations for the local Cocoon Shelter, which provides services for survivors of domestic violence.

At its Ghostbusters movie night, Thayer hosted a special appearance by the Black Swamp Ghostbusters, a local nonprofit organization that helps with…