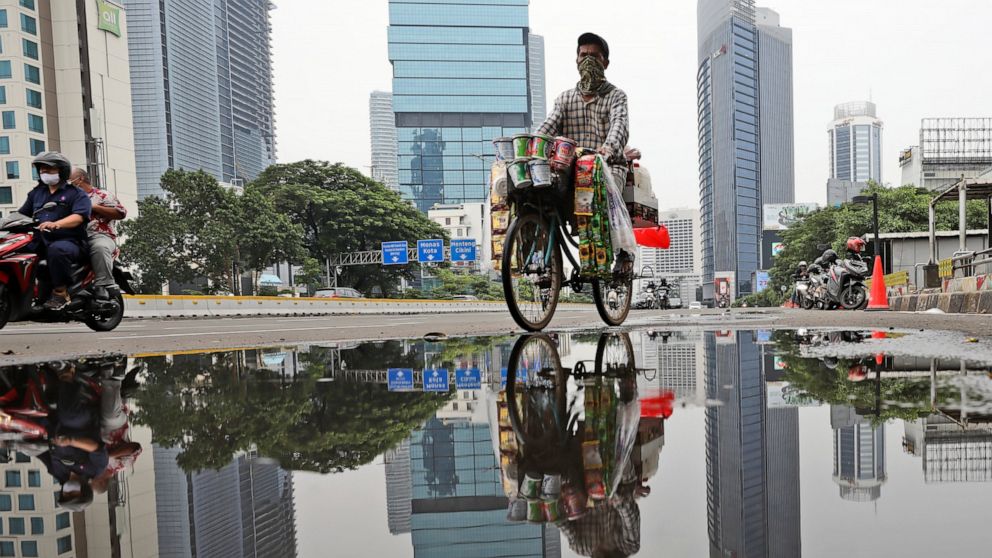 JAKARTA, Indonesia — Indonesia’s economy has fallen into recession for the first time since the Asian financial crisis more than two decades ago as the country struggles to control the coronavirus pandemic.

The economy shrank at a 5.32% pace in the previous quarter and grew 2.9% in January-March, its slowest rate in almost two decades.

Indonesia has reported more than 425,000 confirmed cases of COVID-19, the largest in Southeast Asia and second in Asia only to India’s 8.3 million confirmed…