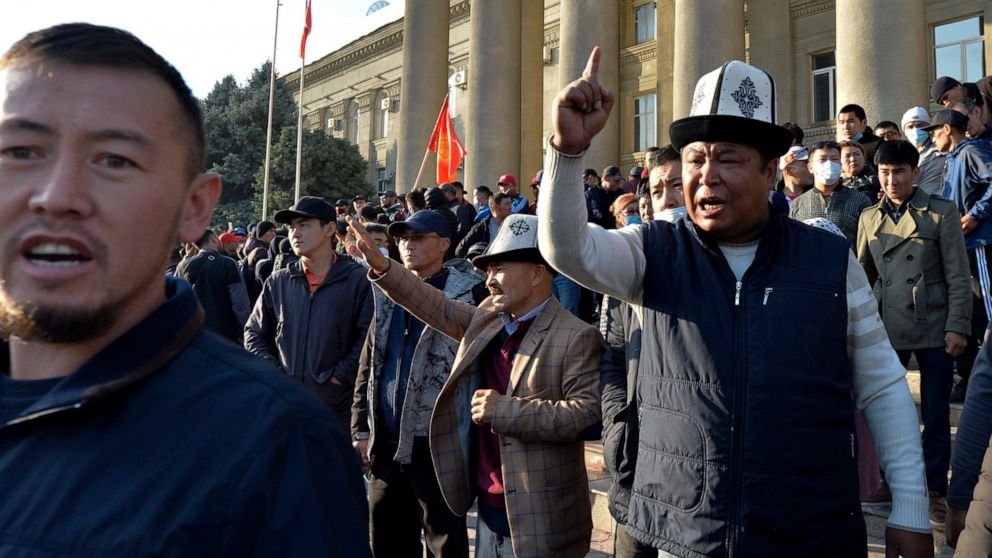 The embattled president of Kyrgyzstan has moved to end the political turmoil that followed a disputed parliamentary election, ordering a state of emergency in the capital

MOSCOW — The embattled president of Kyrgyzstan ordered a nearly two-week state of emergency Friday in the capital in a bid to end turmoil sparked by a disputed parliamentary election as clashes between rival factions escalated and gunshots were fired at several political leaders.

President Sooronbai Jeenbekov decreed that the state of emergency, which starts at 8 p.m. Friday and runs through 8 a.m. on Oct. 21, could include a curfew and travel restrictions. He also ordered the military to deploy troops to Bishkek, the capital, to enforce the measure.

Convoys of military trucks were seen driving into the city, but it wasn’t immediately clear whether police and the military would comply with…