This fan really can’t wait for a Tesla Cybertruck 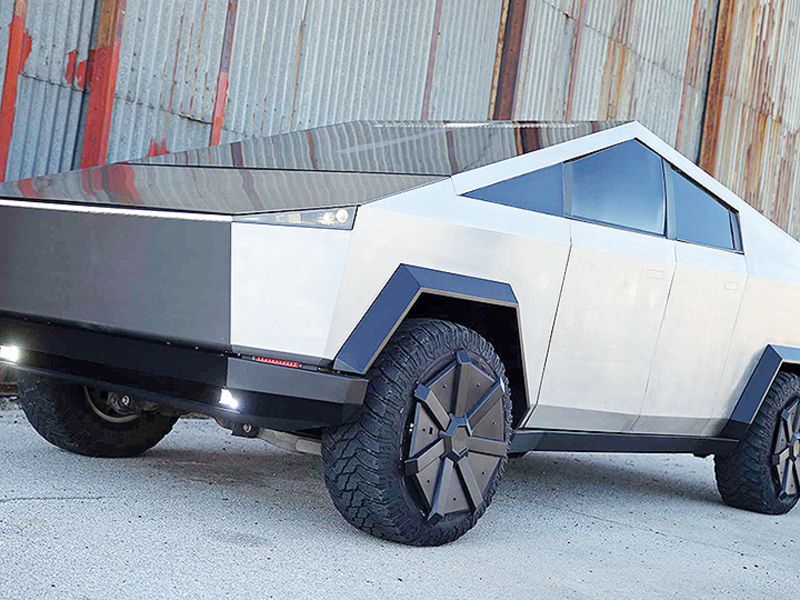 Patience does not appear to be a strong suit of Igor Krezic.

The Bosnian man was so eager to get behind the wheel of a Tesla Cybertruck that he had his company build him one out of a Ford F-150 Raptor.

The company, Stark Solutions, spent eight months disassembling the Raptor and transforming it into a gasoline-powered, stainless steel-plated Cybertruck impostor. The creation turned heads during its first drive through the streets of Mostar, Bosnia.

“Everybody was watching, and half of them thought we made a tank because people don’t know what the Cybertruck is,” Mario Coric, a manager at the company, told Reuters. “One girl even stopped and asked if this is the place where they are producing Tesla Cybertruck.”

The real Cybertruck is scheduled to begin production next year in Austin, Texas. It’s also bigger than Krezic’s version.

“The owner wanted us to combine two opposite sides — Ford and Cyber — because he is a fan of both Tesla and Ford,” Coric said, “so we merged two souls into…