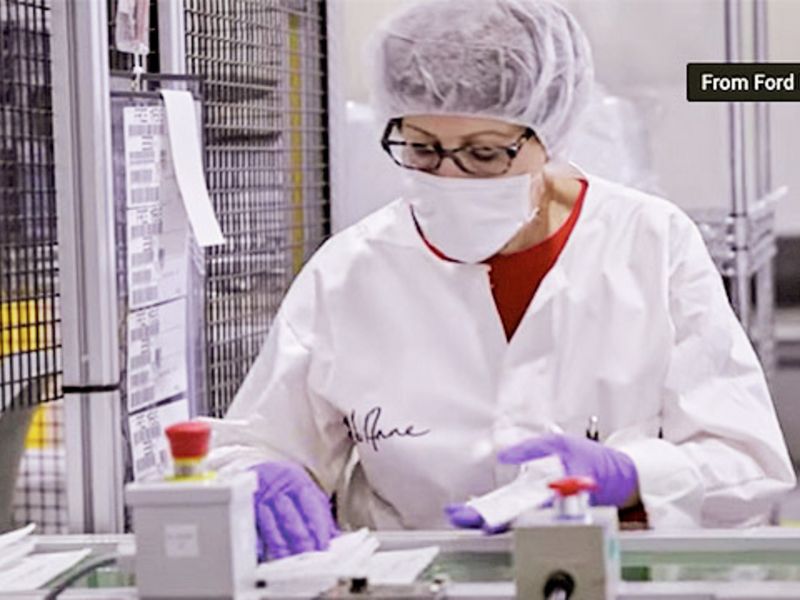 Project Apollo, Ford Motor Co.’s scramble to pivot from making cars and trucks to manufacturing lifesaving medical equipment during the coronavirus crisis, is the subject of a short documentary from the director of “Friday Night Lights.”

In On the Line, a nine-minute film released this month on YouTube, several Ford workers who volunteered to make face masks, ventilators and other needed items after the automaker’s plants shut down in the spring are interviewed. The film was directed by Peter Berg, who pitched the idea to Ford after hearing about the company’s efforts, the Detroit Free Press reported.

Ford sponsored the project and gave Berg access to its facilities, where he filmed forklift supervisor Curtis Frizell building oxygen toggle switches for ventilators and transmission plant worker Joanne Ritchie spending her 30th year at Ford making masks because her daughter is an intensive-care nurse. “What a way to end my career,” Ritchie says. “I can say I actually did something…