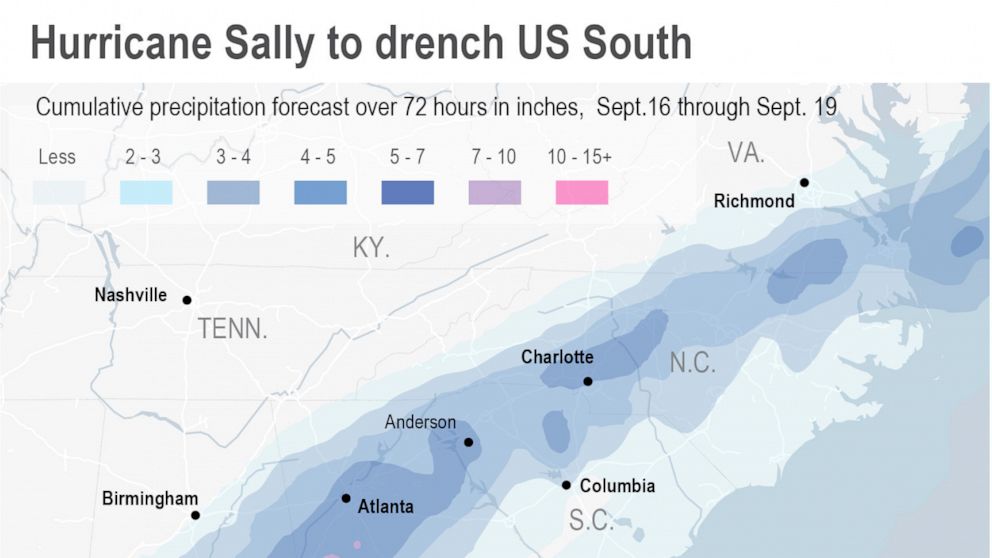 Here are the latest developments on tropical weather:

ORANGE BEACH, Alabama — The mayor of a coastal Alabama town says one person has died as a result of Hurricane Sally.

Mayor Tony Kennon of Orange Beach tells The Associated Press that the person died Wednesday. He added that one other person is missing. Kennon said no other details would be released immediately.

Sally came ashore Wednesday morning near the popular vacation destination as a major hurricane. Kennon says damage to the beach was not too bad.

Away from the beach, in neighborhoods along canals and beside the bay, damage was worse than what the city suffered in Hurricane Ivan, which hit 16 years to the day earlier.

Gov. Ron DeSantis told a news conference Wednesday afternoon that Sally is dumping heavy rains as it treks inland across the…