Boeing finds new problem with 787 that will delay deliveries 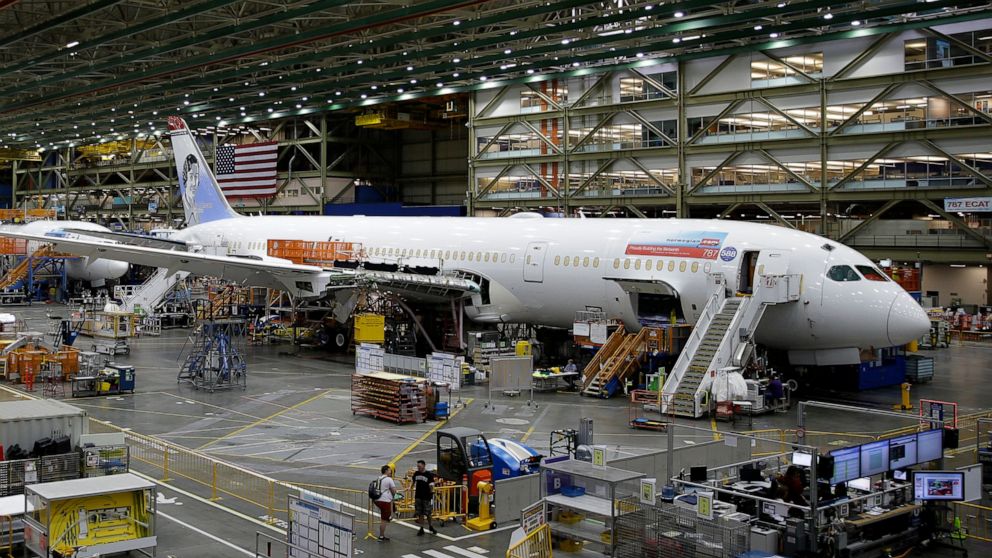 Boeing is dealing with a new production problem involving its 787 jet, which the company calls the Dreamliner

Inspections triggered by production flaws in Boeing’s 787 jetliner are further slowing deliveries of the two-aisle planes, compounding Boeing’s struggle to recover from the grounding of its 737 Max and the coronavirus pandemic.

Boeing said Tuesday it was inspecting separate issues that have been found where rear sections of the 787 fuselage are joined together and on part of the tail called the horizontal stabilizer.

The affected planes haven’t been delivered to customers yet, and “We expect these inspections to affect the timing of 787 deliveries in the near term,” spokesman Peter Pedraza said in a statement.

The Federal Aviation Administration said it is investigating the matter.