Kesgrave student injured in shooting on way to school 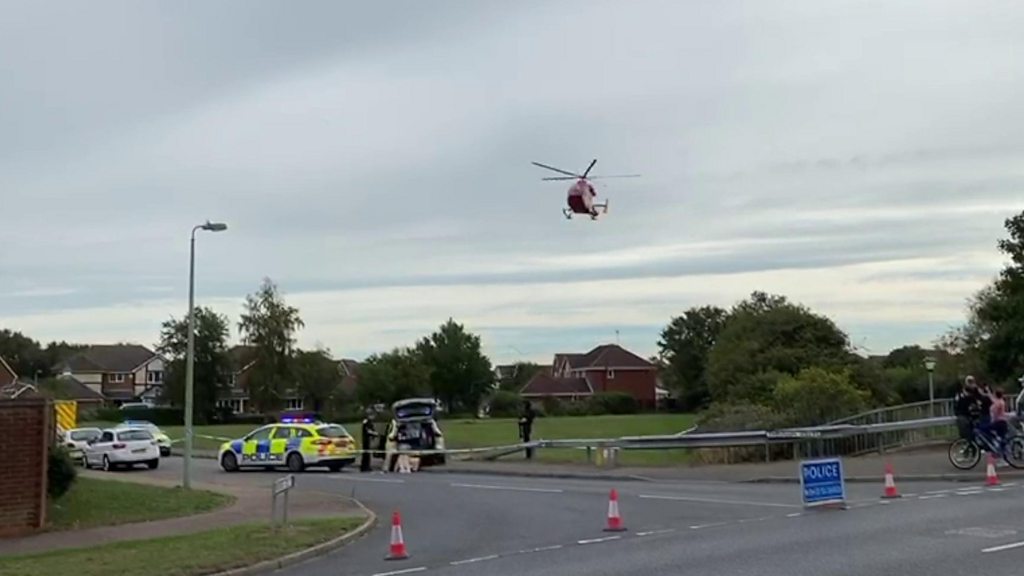 A 15-year-old boy has been seriously injured in a shooting as he made his way to school.

Officers were called just after 08:40 BST to the Grange Farm estate in Kesgrave, Suffolk, where a person was later seen receiving medical treatment.

Kesgrave High School said it had been told the incident involved one of its Year 11 students. The victim, who was shot once, was flown to hospital.

Suffolk Police have arrested a teenage boy in connection with the shooting.

He is being held on suspicion of attempted murder.

An Essex and Herts Air Ambulance landed on an area of grass and took off just before 10:00.