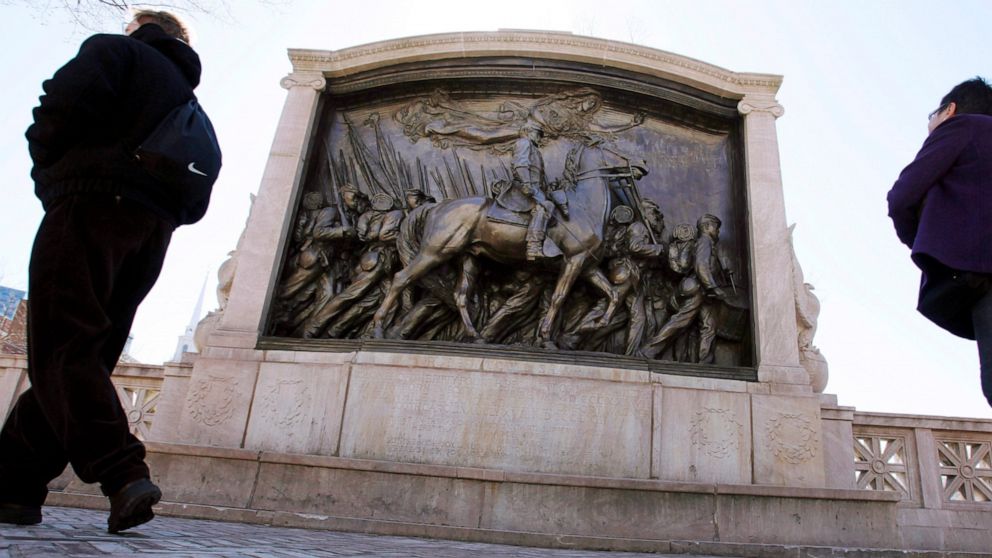 BOSTON — The white Union Army commander sits rigid atop an imposing horse. His Black men, rifles to their shoulders, march resolutely alongside on their way to battle.

For L’Merchie Frazier, the towering bronze relief in downtown Boston captures the stirring call to arms answered by Black soldiers who served in the state’s famed Civil War fighting unit, which was popularized in the 1989 Oscar-winning movie “Glory.”

But the longtime Boston artist says she understands how the imagery of the Robert Gould Shaw and Massachusetts 54th Regiment Memorial can conjure mixed feelings as the nation takes another hard look at its monuments and memorials in the wake of the killing of George Floyd by Minneapolis police.

“Whose story is being told with this monument?” said Frazier, who is the education director at the nearby Museum of African American History. “The hierarchy is very evident. White commander out front; Black soldiers in the background. It’s the first thing you…