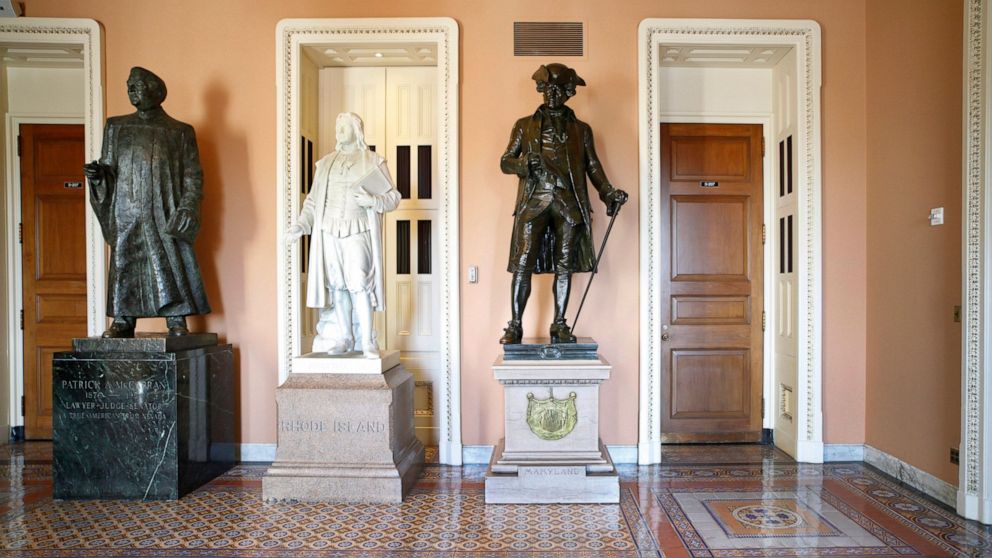 — Protesters in North Carolina pull down parts of Confederate monument.

LAS VEGAS — Democratic members of Nevada’s congressional delegation are renewing a proposal to remove a statue of former Nevada Sen. Patrick McCarran from the U.S. Capitol’s Statuary Hall, saying that he left a “legacy of racism, anti-Semitism, and xenophobia.”

Sens. Jacky Rosen and Catherine Cortez Masto and Reps. Steven Horsford, Dina Titus and Susie Lee made the request in a letter to Gov. Steve Sisolak and legislative leaders.

The letter says McCarran supported workers’ rights and helped shape the air travel industry, but that his statue should be replaced with one of a person who better represents Nevada’s values “as a compassionate, diverse and welcoming…