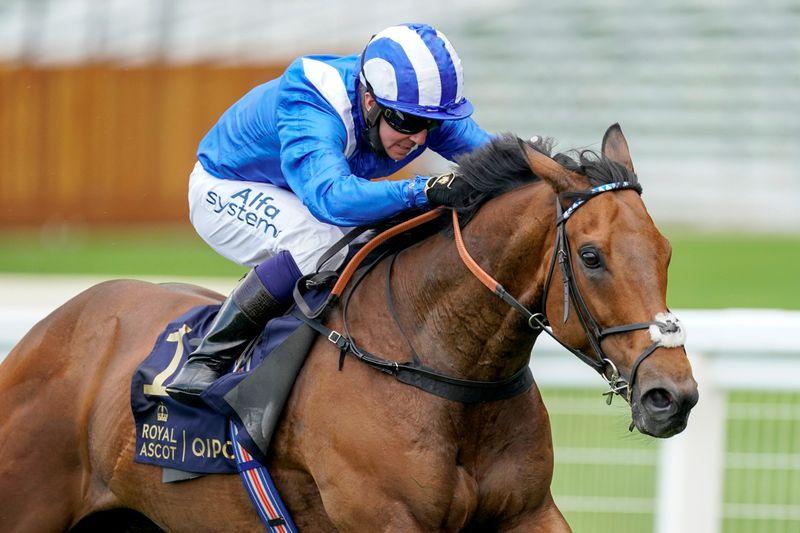 (Reuters) – Jockey Jim Crowley completed a treble on the opening day of Royal Ascot on Tuesday, including a victory on Battaash in the Group One King’s Stand Stakes.

Crowley claimed victories with Battaash, Motakhayyel and Nazeef for owner-breeder Sheikh Hamdan Al Maktoum as racing took place behind closed doors because of the COVID-19 pandemic.

Ascot, which usually welcomes around 300,000 spectators to the five-day meeting, was limited to jockeys, trainers and officials. Britain’s Queen Elizabeth was also missing the fixture for the first time in her 68-year reign.

But Crowley celebrated as Battaash produced a majestic performance with the 5-6 favourite clocking a top speed of 43.4 mph on his way to victory after…