Factbox: What changes are companies making in response to George Floyd protests? 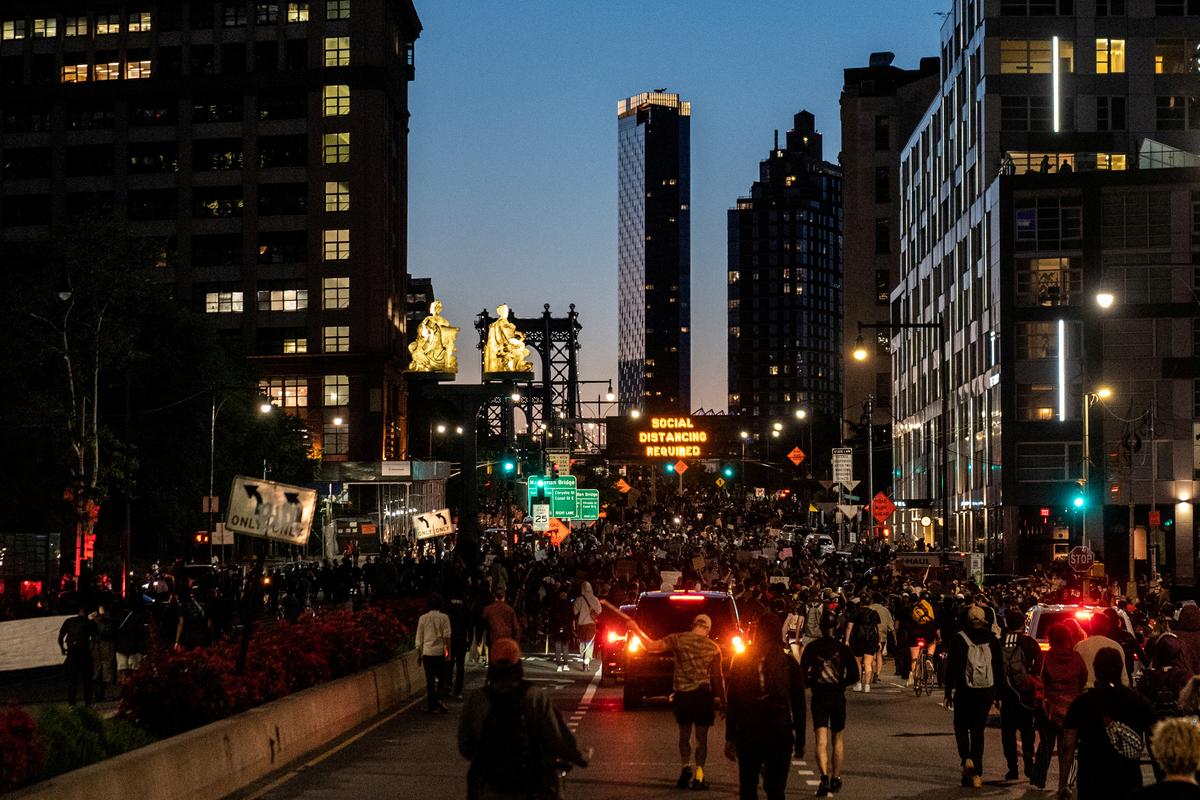 (Reuters) – The corporate response to a wave of protests over the treatment of African Americans has included pledges to increase diversity, donations to civil rights groups and, in some cases, changes in policies or practices long sought by critics. Here is a sampling:

FILE PHOTO: Protesters rally against the death in Minneapolis police custody of George Floyd, near Manhattan bridge in the Brooklyn borough of New York City, U.S., May 31, 2020. REUTERS/Jeenah Moon

Starbucks Corp (SBUX.O) said on June 12 it would allow employees to wear Black Lives Matter t-shirts and pins, rolling back restrictions on how baristas could show support for the social movement against racism. (bit.ly/2UEZ6Mq)