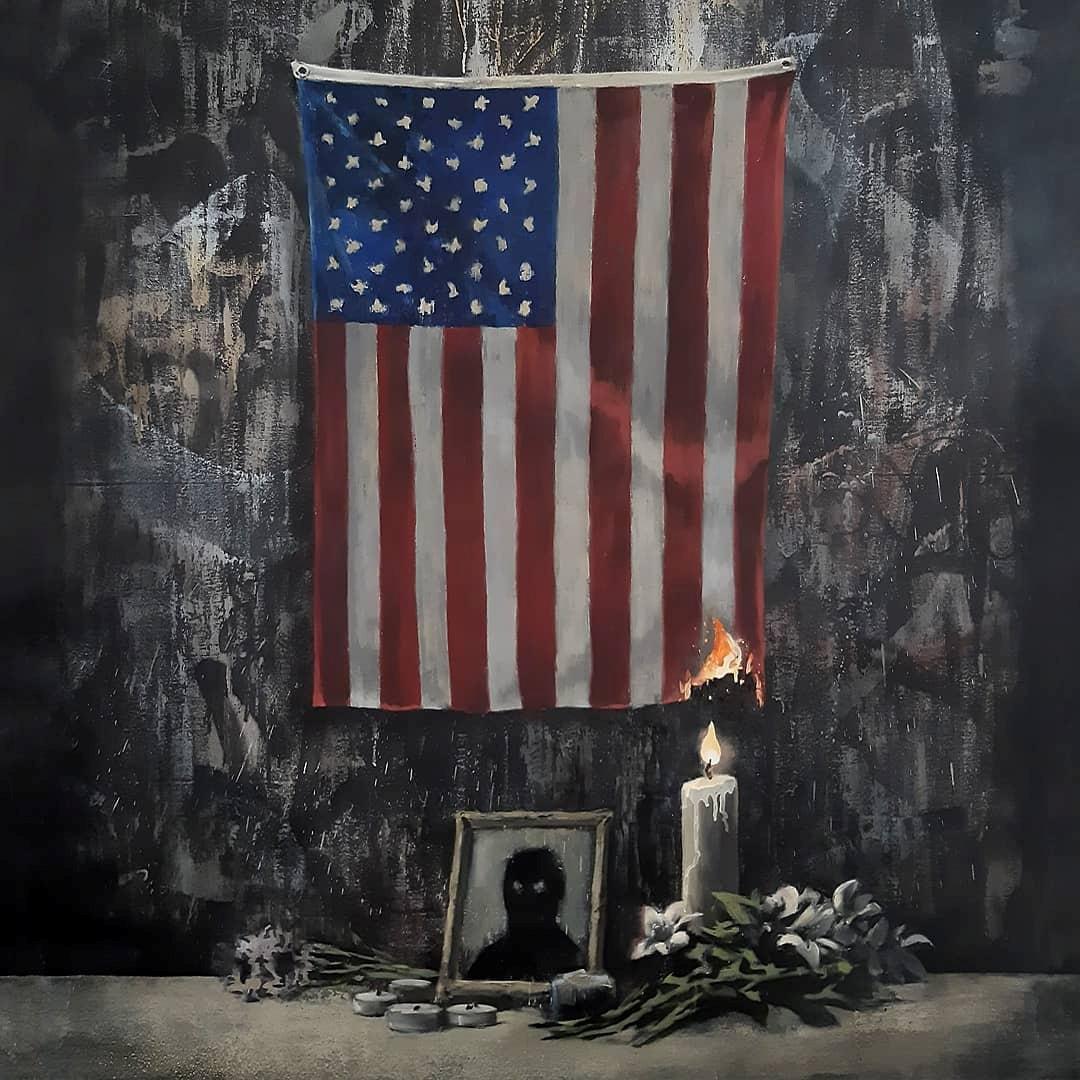 An artwork by Banksy is seen in this image obtained from his Instagram account on June 6, 2020. Instagram/@banksy via REUTERS THIS IMAGE HAS BEEN SUPPLIED BY A THIRD PARTY. MANDATORY CREDIT. NO RESALES. NO ARCHIVES.

LONDON (Reuters) – Reclusive British street artist Banksy published a new artwork online on Saturday which depicts the United States flag being set alight by a candle that forms part of a memorial to an anonymous, black, silhouetted figure.

The artwork appeared as thousands of people gathered in London and other cities around the world to protest the May 25 killing of George Floyd in Minneapolis, where a white police officer detaining him knelt on his neck for nearly nine minutes.

“People of color are being failed by the system. The white system,” Banksy wrote in a short statement that accompanied the image on the social media platform Instagram.

Banksy likened racism to a broken pipe flooding a downstairs apartment, and said the downstairs occupants would be…