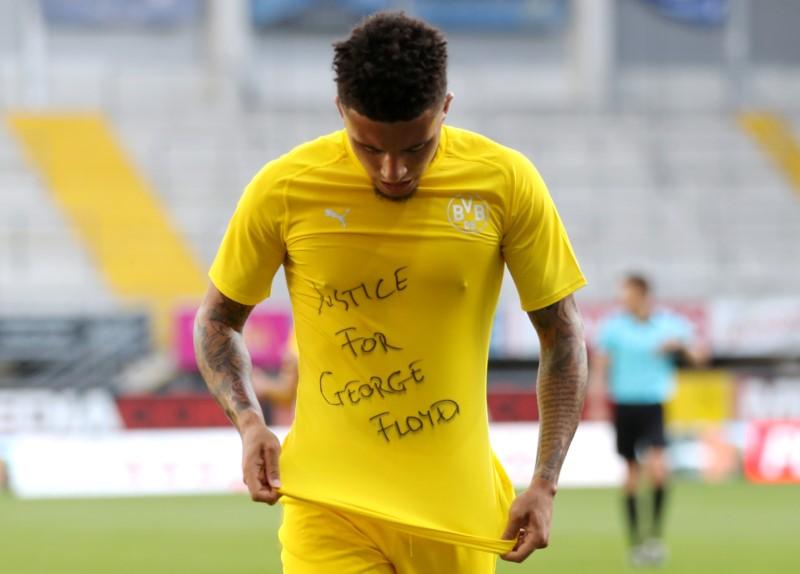 PADERBORN, Germany (Reuters) – Borussia Dortmund players Jadon Sancho and Achraf Hakimi became the latest athletes to join a chorus of outrage over the death of a black man in Minneapolis by wearing shirts with the message “Justice for George Floyd” in a Bundesliga match on Sunday.

England forward Sancho, who scored the first hat-trick of his career in Dortmund’s 6-1 rout of Paderborn, and the Spanish-born Hakimi who plays international soccer for Morocco, took off their team shirts to display the message.

They followed in the footsteps of…