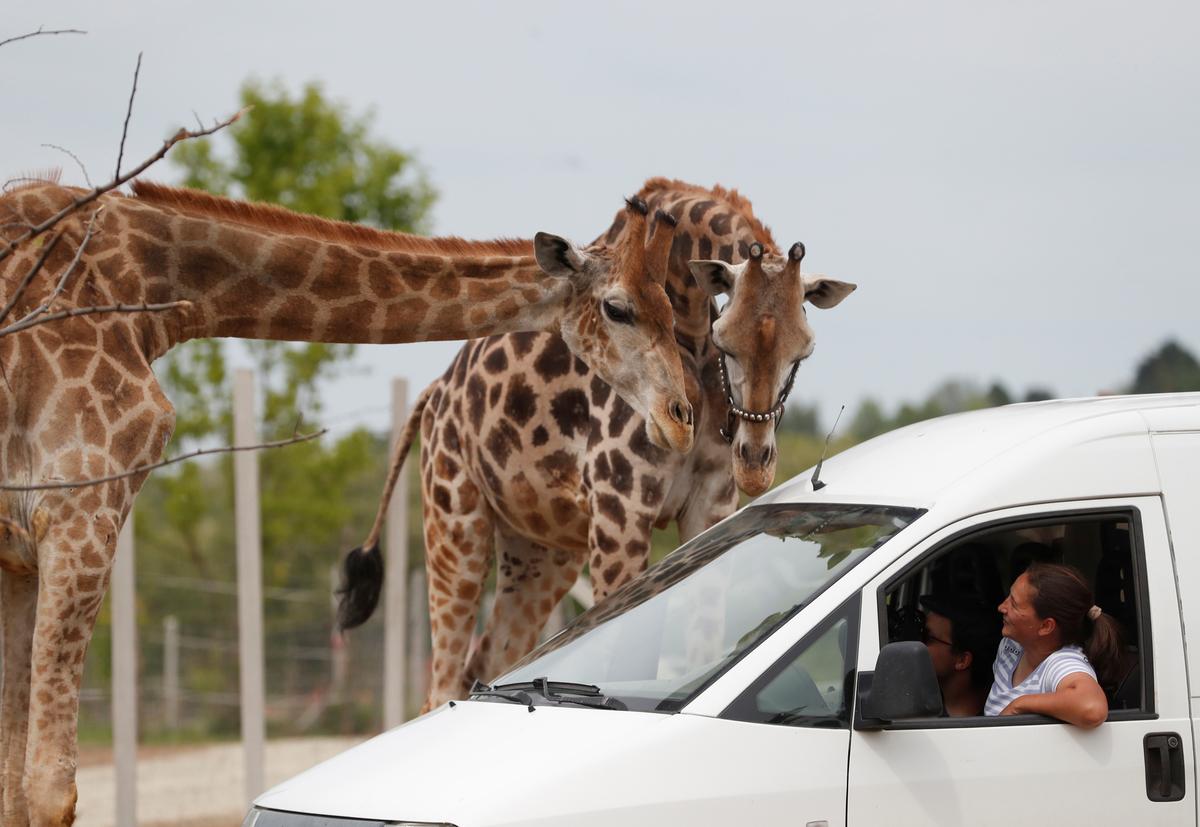 SZADA, Hungary (Reuters) – Like many business owners, Jozsef Richter has had to shut his circus during Hungary’s lockdown to help curb the spread of the coronavirus, but he has found another way of entertaining visitors while respecting social distancing rules.

People sit in a car as the Hungarian National Circus opens a drive-in Safari Park during the coronavirus disease (COVID-19) outbreak, in Szada, Hungary May 19, 2020. REUTERS/Bernadett Szabo

People can now see around 100 circus animals from the comfort of their own cars in his Szada Safari Park, which opened its gates on Wednesday. The five-acre park is a short drive east of Budapest.

The animals include camels, elephants, giraffes and even two “zonkeys” – a cross between a circus zebra and a donkey.

“I have long dreamed of creating such a park but it would have been very hard to operate it alongside the circus,” Richter said. “Now… we have had to close for several months so I thought this would be the time.”…