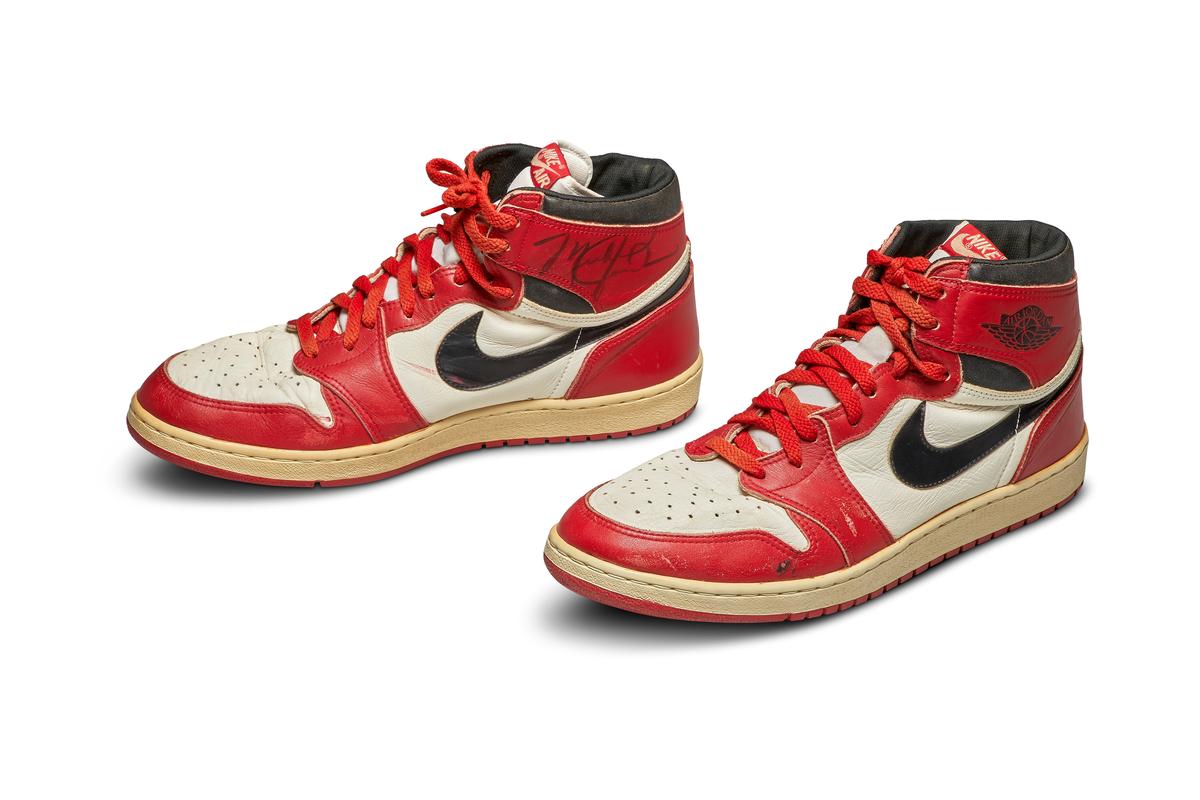 A pair of 1985 Nike Air Jordan 1s, made for and worn by U.S. basketball player Michael Jordan, are seen in an undated handout photo ahead of an online auction by Sotheby’s New York. Sotheby’s/Handout via Reuters

Known for selling multimillion-dollar art, Sotheby’s held its first auction dedicated entirely to sneakers last year and had then set a world record of $437,500 for a pair of 1972 Nike running shoes known as the “Moon Shoe.”

Like most of Jordan’s basketball shoes, they are a mismatched pair in a size 13 (left) and size 13.5 (right).