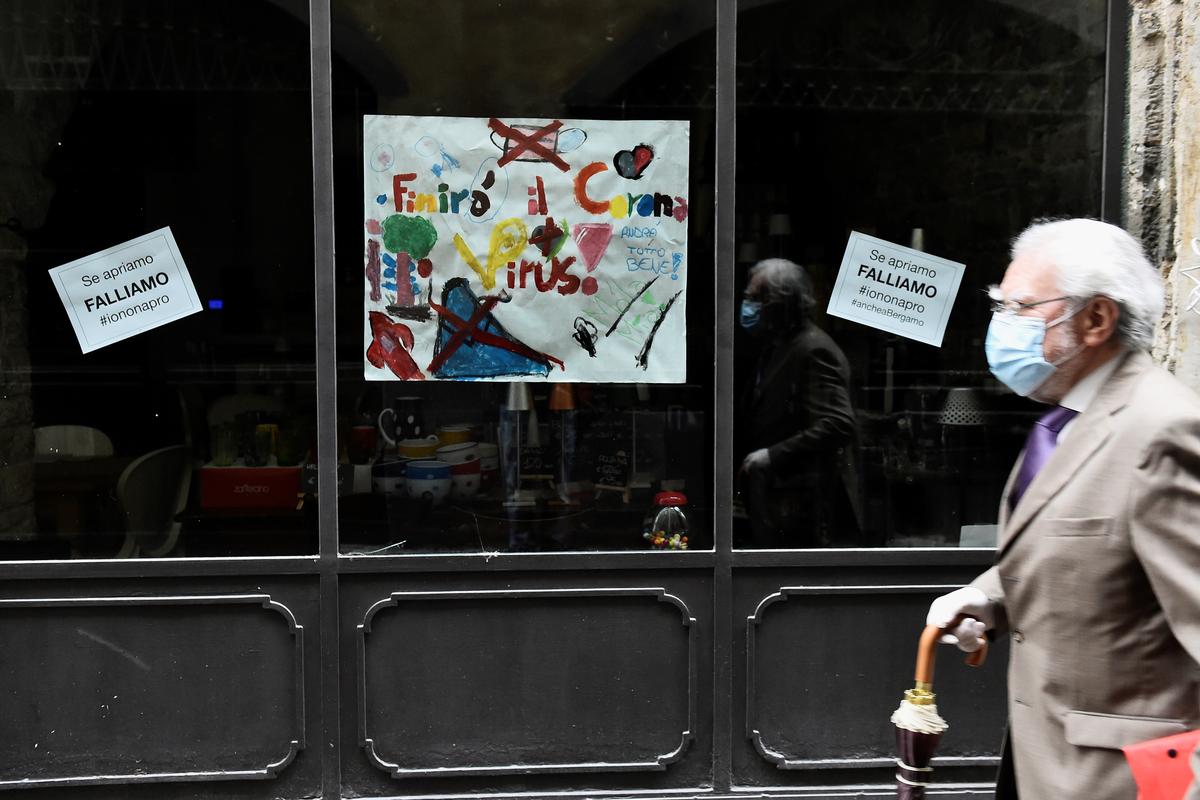 A man wearing a face mask walks next to a shop, as the spread of the coronavirus disease (COVID-19) continues in Bergamo, Italy May 13, 2020. The signs reads “Coronavirus will end. Everything will be fine” and “If we open, we fail!” Picture taken May 12, 2020. REUTERS/Flavio Lo Scalzo

ROME (Reuters) – Deaths from the COVID-19 epidemic in Italy climbed by 262 on Thursday, against 195 the day before, the Civil Protection Agency said, while the daily tally of new cases rose to 992 from 888 on Wednesday.

It was the largest number of deaths in one day since May 7.

The total death toll since the outbreak came to light on Feb. 21 now stands at 31,368 the agency said, the third highest in the world after those of the United States and Britain.

The number of confirmed cases amounts to 223,096, the fifth highest global tally behind those of the United States, Spain, Britain and Russia.

People registered as currently carrying the illness fell to 76,440 from 78,457 the day before.