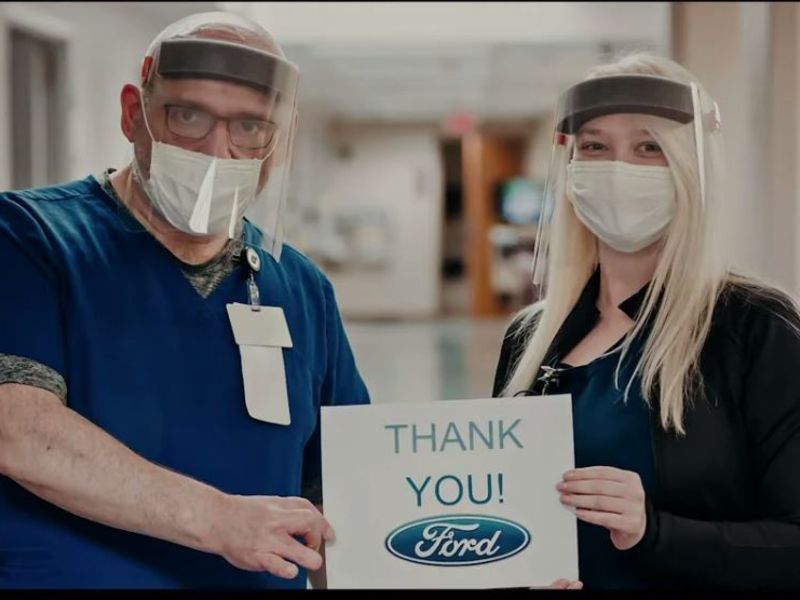 The spots are meant to celebrate U.S. workers as Ford prepares to reopen most U.S. manufacturing facilities Monday.

None of the ads mention specific vehicles.

“We’re here for a reason, and it’s bigger than selling cars,” actor Bryan Cranston narrates in one spot, titled “Why We’re Here.” The commercial features images of nurses, firefighters, construction workers and farmers.

“There’s always some big challenge trying to take us out, to shake our resolve,” Cranston says. “If you’re out there fighting through it, we know 260,000 people who have your back.”

Another spot, called “The Reason,” highlights Ford’s factory workers in Michigan, Illinois and Kentucky, noting Ford employs more hourly workers than any other U.S. automaker. The third spot, titled “The Connection,” plays up the fact that Ford builds more vehicles in the U.S. than its competitors and highlights its personal protective equipment production efforts.

The commercials were created by ad agency Wieden+Kennedy New York.