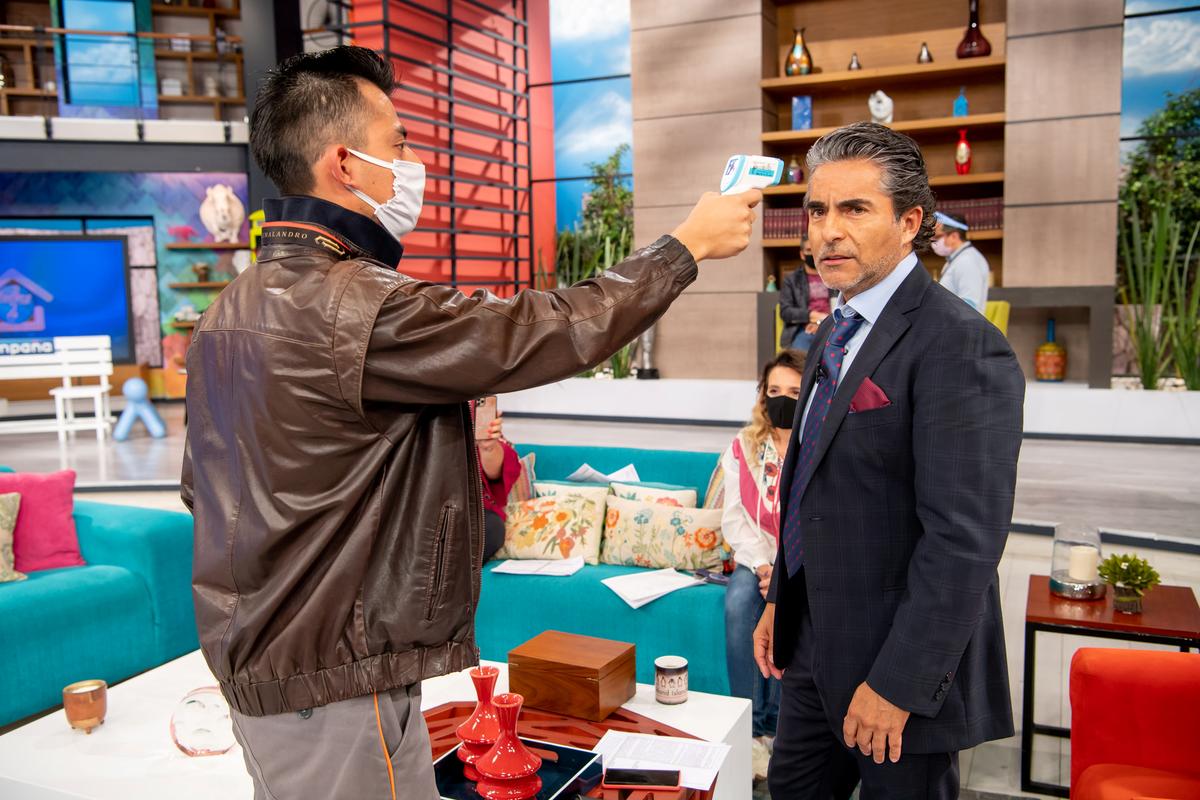 MEXICO CITY (Reuters) – Some of the top creative minds at Mexican broadcaster Televisa are puzzling over an unexpected challenge: crafting their signature soap operas without a single love scene, or even a tender kiss.

An employee has his temperature taken during recordings in Televisa forums in Mexico City, Mexico May 5, 2020. Televisa/Handout via REUTERS

As cases of coronavirus mounted in Mexico, producers were forced to scratch physical contact from their typically steamy telenovelas. Then the cameras stopped rolling altogether.

“We follow the motto: The show must go on,” said producer Lucero Suarez, who halted production of her hit “Te Doy La Vida” (“I Give You Life”) in March.

“Never in my life have we stopped a novela.”

After decades of keeping viewers on the edge of their seats with its high-octane soap operas, Mexico’s largest broadcaster is facing a cliffhanger of its own.

When will Televisa’s army of producers, actors and actresses return to the set?…