Bailing out the Titanic – French arts struggle amid coronavirus 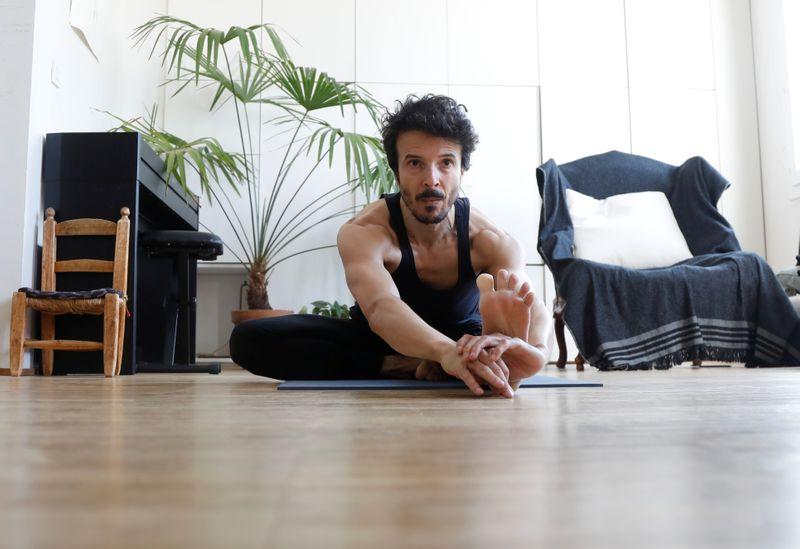 PARIS (Reuters) – Dancer and choreographer Nicolas Maloufi has not worked since France went into lockdown in mid-March, and his daily yoga sessions in a borrowed Paris apartment are his only form of training.

Dancer and choreographer Nicolas Maloufi practises yoga during the outbreak of the coronavirus disease (COVID-19) in Paris, France, May 6, 2020. REUTERS/Charles Platiau

Although France will begin easing its unprecedented curbs on public life from Monday, with shops re-opening and some pupils returning to primary school, the doors to the country’s cinemas, theatres and concert halls will remain closed.

For Maloufi, 49, who has collaborated with venues including the Philharmonie de Paris and the Etoile du Nord theatre, that means his productions are on hold. Nor is it easy to line up any more projects.

“I’m waiting for responses from about 20 bookers who are not available. I don’t dare chase them, it’s almost indecent given how many things they have to handle,” he…