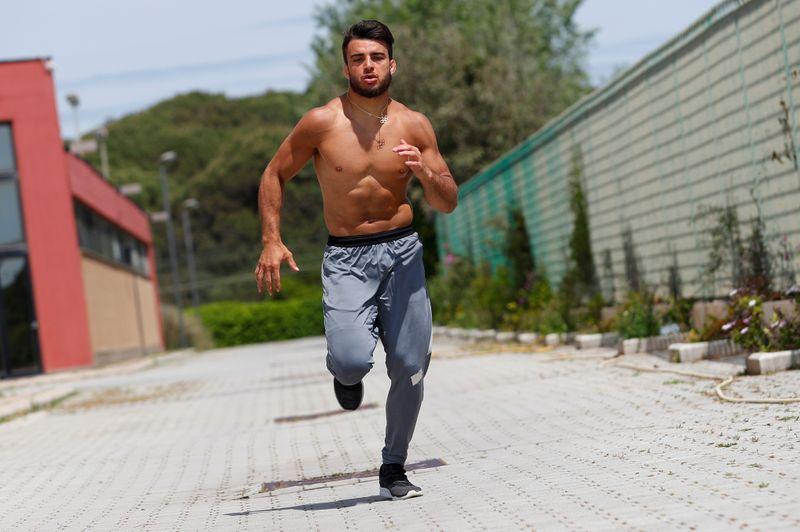 ROME (Reuters) – Patience is a key element of judo and for Olympic champion Fabio Basile it is a virtue which has served him well over the last few weeks in Europe’s longest lockdown.

Italian judo gold medalist Fabio Basile trains at an Olympic centre near Rome after Italy allowed for athletes to train individually as the country begins a gradual end to its strict lockdown restrictions to combat the spread of the coronavirus disease (COVID-19), in Rome, Italy May 5, 2020. REUTERS/Guglielmo Mangiapane

Until a few weeks ago, Basile was confident about his preparations to defend the 66-kilo Olympic gold medal he won four years ago in Rio de Janeiro.

Yet the COVID-19 pandemic, which led Italy to enter an eight-week lockdown and caused the Tokyo Games to be postponed for one year, forced him to put his preparations on hold and he was only able to resume intense training sessions this week.

“I learnt about the postponement of the Olympics here at the Olympic centre,” he told…