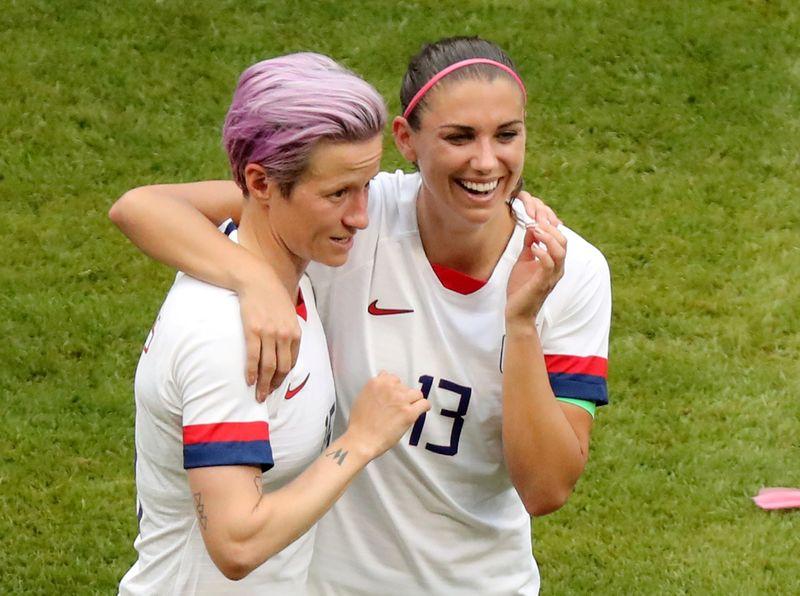 NEW YORK (Reuters) – U.S. women’s national soccer team co-captains Alex Morgan and Megan Rapinoe said they were shocked after their team’s claims for equal pay were dismissed by a court.

The duo, who helped the U.S. to a record fourth World Cup title last year, said they planned to appeal the decision, after a California judge on Friday threw out the players’ claims that they were underpaid in comparison with the men’s team.

“This decision was out of left field for us,” said forward Morgan, appearing on a remote live feed on the Good Morning America programme here on Monday. “We are fighters and we will continue to fight together for this.”

The World Cup-winning team’s long-running feud with U.S. Soccer has been a very public and…