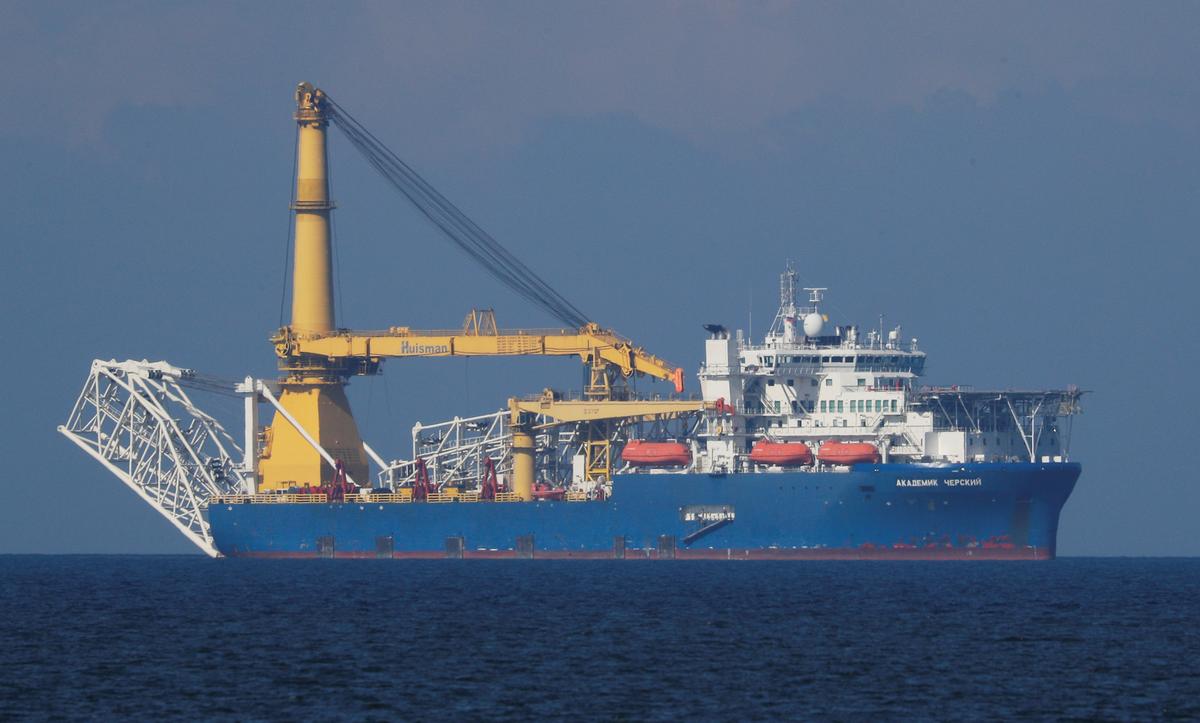 MOSCOW (Reuters) – A special pipe-laying vessel that could be used by Russia to complete construction of the Nord Stream 2 gas pipeline to Germany has arrived in the Baltic Sea, a Reuters witness said on Sunday.

Pipe-laying vessel Akademik Cherskiy owned by Gazprom, which Russia may use to finish the Nord Stream 2 gas pipeline, is seen in a bay near the Baltic Sea port of Baltiysk, Kaliningrad region, Russia May 3, 2020. REUTERS/Vitaly Nevar

The arrival of the Academic Cherskiy suggests that the pipeline project remains a priority for Moscow despite U.S. sanctions on Russia.

The Nord Stream 2 pipeline was designed by Moscow to increase gas supplies via the Baltic Sea to Germany, Russia’s biggest energy customer. Russia’s energy ministry said in December that the pipeline was expected to be launched before the end of 2020.

Footage taken by Reuters from the coast showed the Academic Cherskiy idle in a bay near the Kaliningrad region, which is separated from Russia’s mainland and…