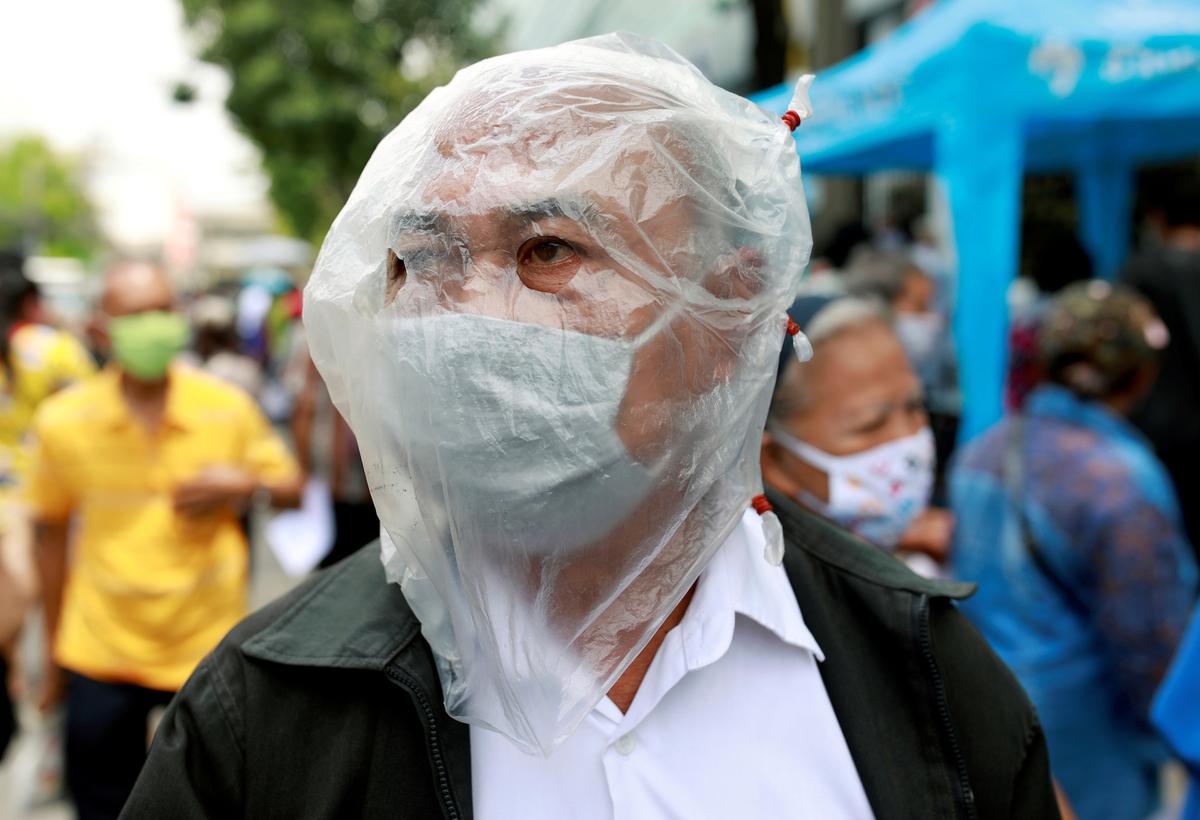 A man affected by the government’s measures against the spread of the coronavirus disease (COVID-19) wears a protective face covering as he lines up for filing forms to request three months of monthly financial aid from the government in front of the Finance Ministry in Bangkok, Thailand, May 1, 2020. REUTERS/Soe Zeya Tun

BANGKOK (Reuters) – Thailand will end a ban on the sale of alcohol on Sunday when it lifts other restrictions following progress in containing the coronavirus outbreak, two officials said late on Friday.

The ban has been in effect since April 10 in a bid to discourage social gatherings.

“The new order, which will take effect on Sunday, means you can buy and sell liquor, beer, wine. You can buy from restaurants but only as takeaways. You can buy at convenience stores, supermarkets, anywhere in the country,” Deputy Prime Minister Wissanu Krea-ngam told Reuters.