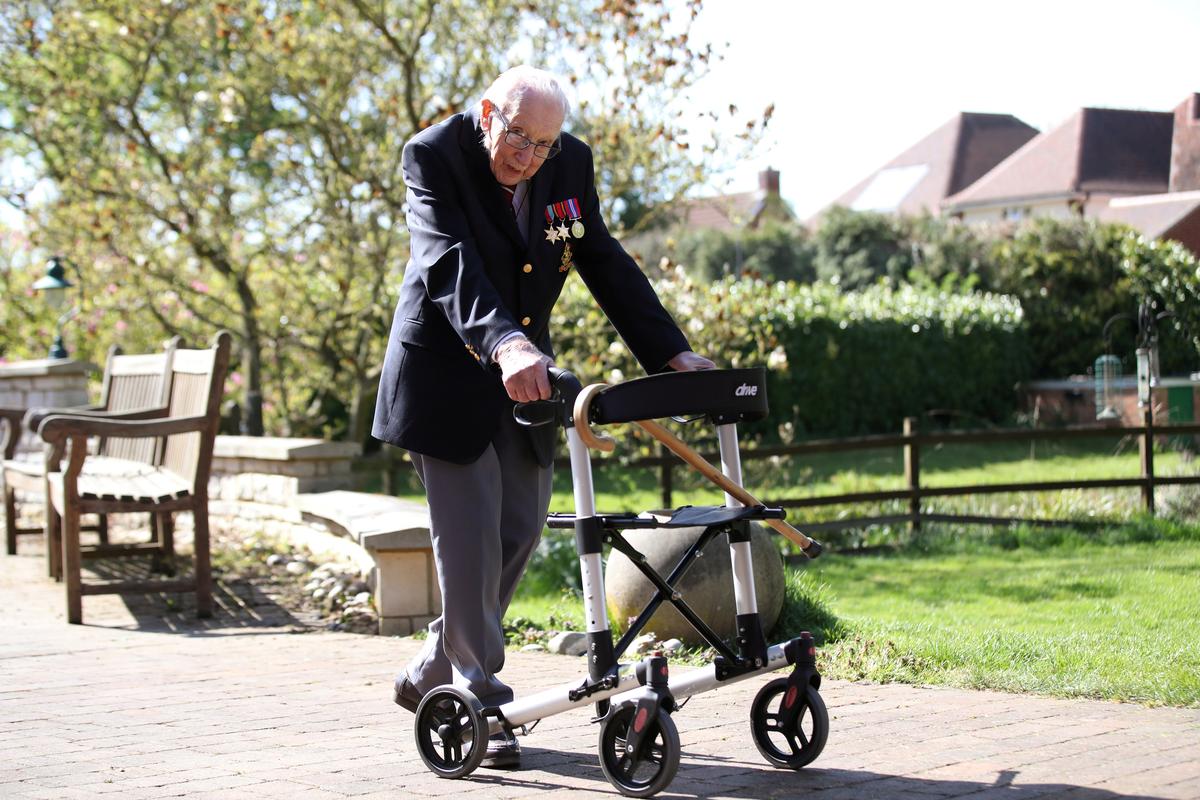 The World War Two veteran took the Guinness World Record title for the most money raised by an individual through a walk. As of Friday afternoon he had collected more than £28.6 million ($35.2 million) for the National Health Service (NHS) by completing laps of his garden.

He also went to number one – with a little help from a friend.