Single passenger flights: The daily woes of airlines, and the crew still working 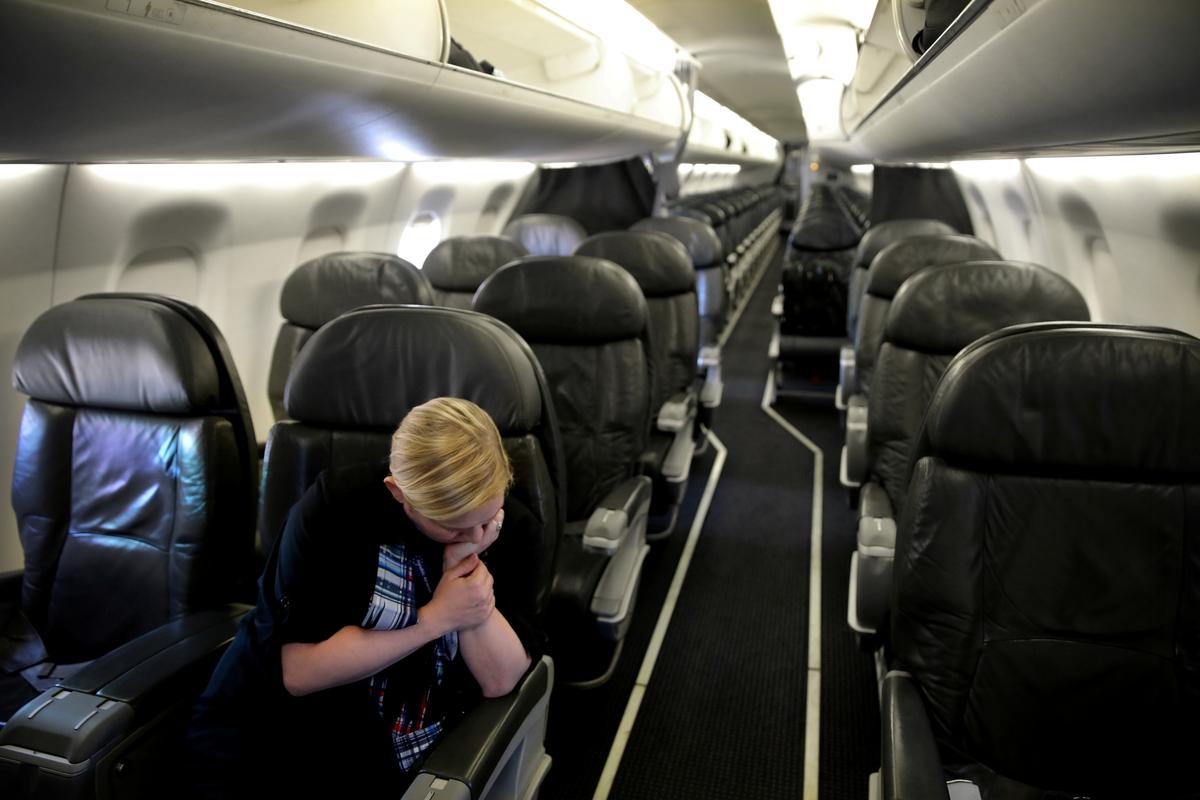 (Reuters) – When Reuters photographer Carlos Barria boarded American Airlines flight 4511 from Washington Reagan National Airport to New Orleans on Friday for an assignment, he was the only passenger on the 76-seat jet.

A flight attendant waits for the departure of a one-passenger flight between Washington and New Orleans as the spread of coronavirus disease (COVID-19) continues, in Washington, U.S., April 3, 2020. REUTERS/Carlos Barria

“There were some awkward moments,” Barria said.

Like when the gate agent announced a formal boarding process only to remember that Barria was the sole passenger who would board, or when the pilot approached his seat to personally explain a delay in take-off due to a mechanical issue, rather than speak over the PA system.

The two flight attendants invited Barria to sit in a first-class seat and went through the safety demonstration for Barria alone.

“I felt I had to pay attention,” he said.

Nearly vacant flights have become the norm for U.S….