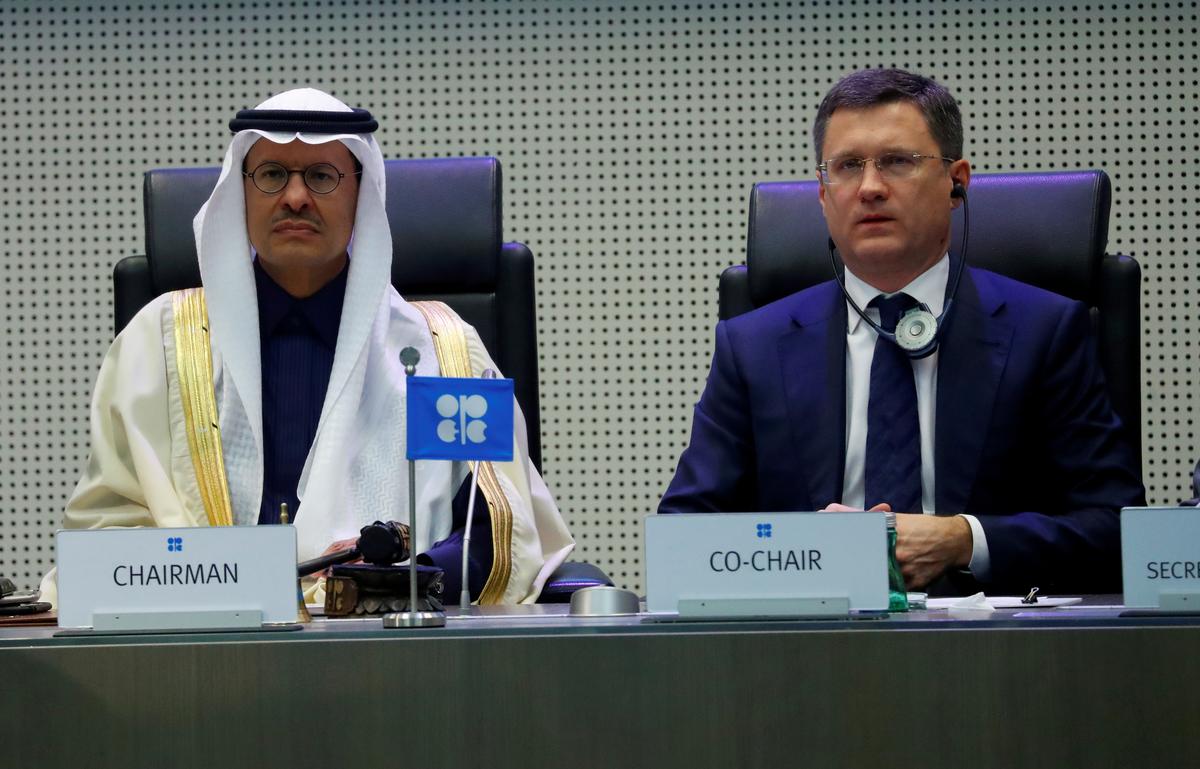 DUBAI/MOSCOW (Reuters) – OPEC and Russia have postponed a meeting planned for Monday until later next week, OPEC sources said on Saturday, as a row intensified between Moscow and Saudi Arabia over who is to blame for plunging oil prices.

The meeting’s delay came despite pressure from U.S. President Donald Trump for the Organization of the Petroleum Exporting Countries and allies, known as OPEC+, to urgently stabilize global oil markets.

OPEC+ is working on an unprecedented oil output curb equal to about 10% of world supply, or 10 million barrels per day, in what member states expect to be a global effort that will include the United States.