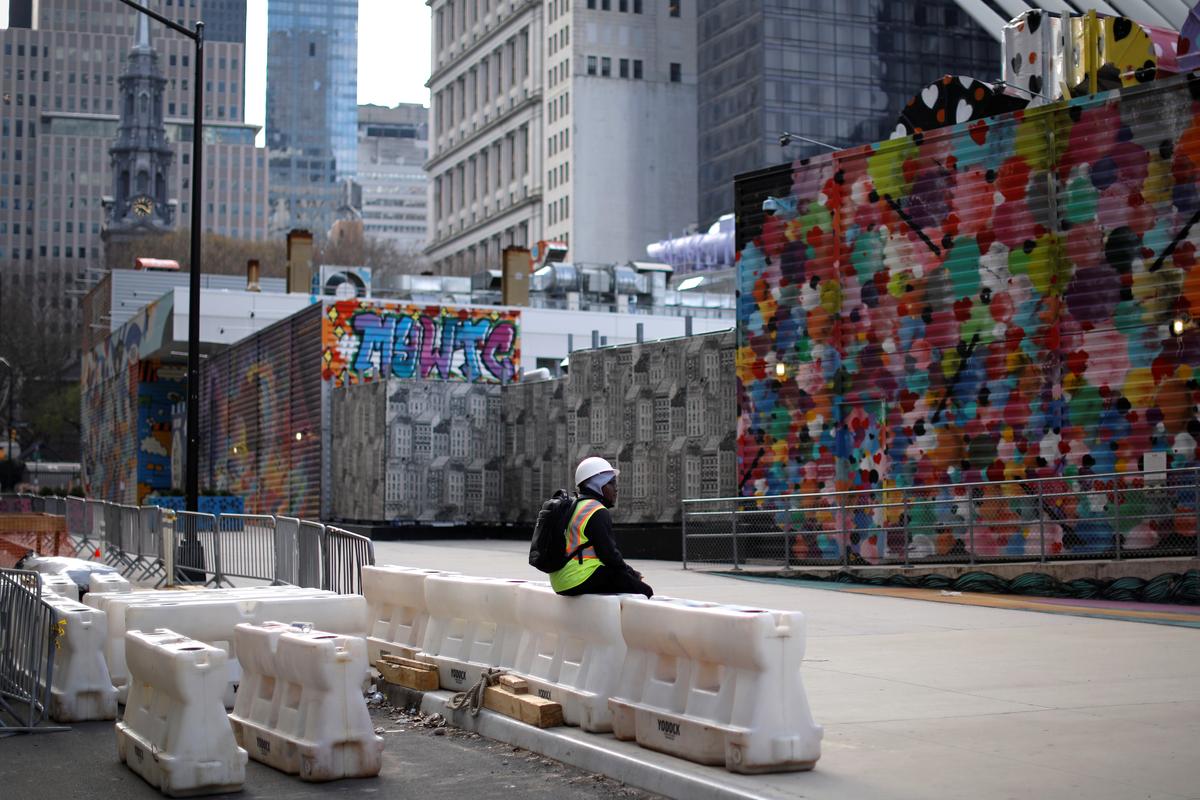 WASHINGTON (Reuters) – Some lower-paid U.S. workers could effectively get a short-term raise if they lose their jobs during the coronavirus crisis, thanks to government computer systems that rely on 1950s-era technology.

A construction worker sits alone along an empty sidewalk near the World Trade Center in lower Manhattan during the outbreak of the coronavirus disease (COVID-19) in New York City, New York, U.S., March 27, 2020. REUTERS/Mike Segar

Aging state mainframes do not have the ability to calculate different payments per worker, which is why the lawmakers who crafted the $2.2 trillion stimulus package opted for an across-the-board increase of $600 for each worker — an unprecedented expansion of the U.S. safety net.

That move sparked a brief revolt earlier in the week by a group of Senate Republicans who argued that it could push workers out of jobs.

But even that one-size-fits-all benefit boost will sorely test the state bureaucracies tasked with putting it in place,…