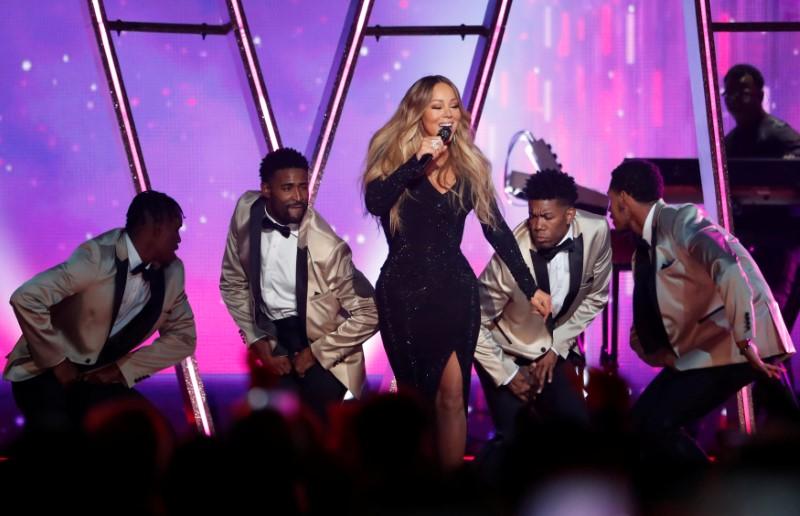 LOS ANGELES (Reuters) – Mariah Carey, Billie Eilish and Tim McGraw will headline a benefit concert on Sunday, playing from their homes, to raise money to help fight the spread of the coronavirus, Fox television said on Wednesday.

The one-hour special, to be hosted by Elton John and broadcast on Fox and iHeart radio stations, is the first major nationwide event in the United States to harness celebrity power to help those affected by the disease.

The “IHeart Living Room Concert for America” will also feature performances from Alicia Keys, Backstreet Boys, and Green Day frontman Billie Joe Armstrong. All of the musicians will film themselves from homes with their cellphones or other equipment.

The special is aimed at paying tribute to health workers and those on the front lines of efforts to cope with the pandemic, which has overwhelmed hospitals. It will also encourage viewers to donate to two charities: Feeding America and the First Responders Children’s Foundation.