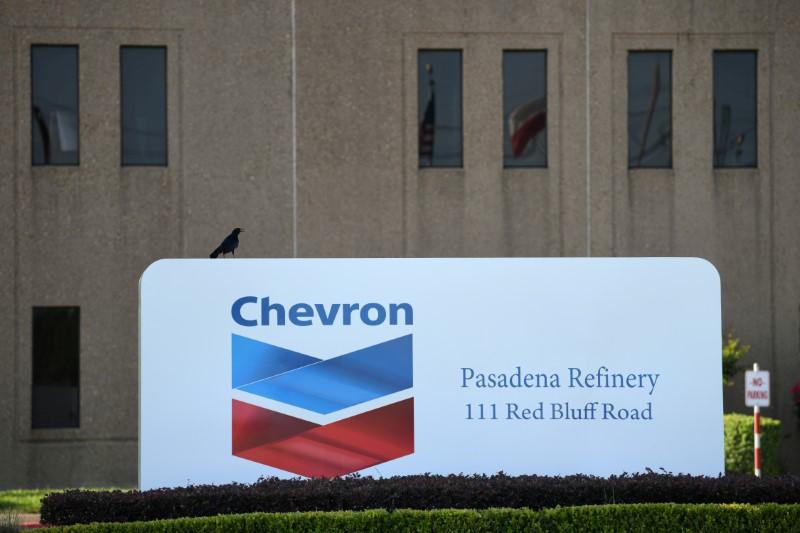 (Reuters) – Chevron Corp (CVX.N) will slash capital spending by $4 billion this year and suspend share buybacks, the latest oil company to cut costs in the face of an unprecedented slide in oil prices.

FILE PHOTO: An entrance sign at the Chevron refinery, located near the Houston Ship Channel, is seen in Pasadena, Texas, U.S., May 5, 2019. REUTERS/Loren Elliott/File Photo

Oil LCOc1 CLc1 has crashed by more than 60% since January, hit by global demand destruction from the coronavirus pandemic and a price war between Saudi Arabia and Russia.

The second largest U.S. oil firm on Tuesday joined refining giant Phillips 66 (PSX.N), which cut its 2020 spending forecast by about 18%. Chevron said it would spend $16 billion instead of a planned $20 billion this year, including halving spending in the Permian Basin, the top U.S. shale field.

It now expects to pump about 125,000 fewer barrels of oil and gas per day in the Permian Basin by the end of this year, down 20% from earlier plans. It…