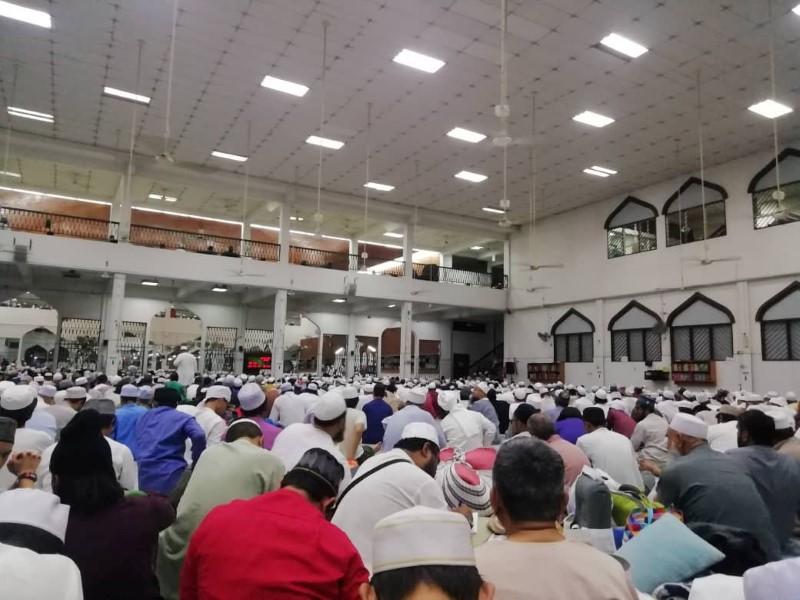 KUALA LUMPUR (Reuters) – Malaysia’s coronavirus cases jumped to 1,183 on Saturday with eight deaths, and officials warned of a spike next week as they track down people who attended a large religious gathering linked to most of the cases.

Crowd of people gather at Seri Petaling Mosque, mosque linked as hotspot for coronavirus disease (COVID-19) outbreak, in Kuala Lumpur, Malaysia, February 29, 2020 in this picture obtained by Reuters from social media on March 19, 2020. SALMAN via REUTERS

The Health Ministry reported five more deaths and 153 new infections on Saturday, 90 of which were connected to the event at a mosque late last month that was attended by people from more than two dozen countries.

The four-day religious “tabligh” event near the capital, Kuala Lumpur, has now been linked to 714 cases in Malaysia – 60% of the total – and at least 840 across Southeast Asia.

Malaysia has the highest number of confirmed cases in Southeast Asia, though Indonesia has more deaths…